A rather eventful week. Ruddski managed to break two bones in his foot whilst on holiday in America, so the Director of Operations is now out of action and won't be able to attend this weekend. Poor old boy is gutted and so are we, as he's put in loads of work over the past few months.

The FISH has again stepped in to take Ruddski's place, so we're in safe hands.

Then today, less than 24 hours before we leave, we had someone else bail out, so we're down to two Support Crew. Not ideal preparation, but what can you do ?

Next post will be review of the event and the last one.
Posted by The Essex Scribbler at 12:15 No comments: 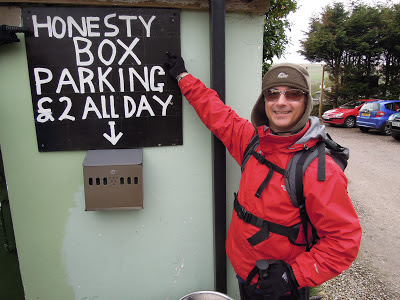 So, the last proper training session before the real thing on 1/2 June. The FISH was due to join us, but is in the middle of moving house, so it was just me and Norbert Slowgrove who set off just before seven on Saturday morning, heading the the direction of Horton In Ribblesdale in North Yorkshire.

The weather (yes, I am obsessed by it)  was grey and blustery, becoming more so as we headed north. We tried a different route which took us through, amongst other places, Bradford. Norbert wasn't impressed and said that it was very probably the first and last time he would ever visit the town. 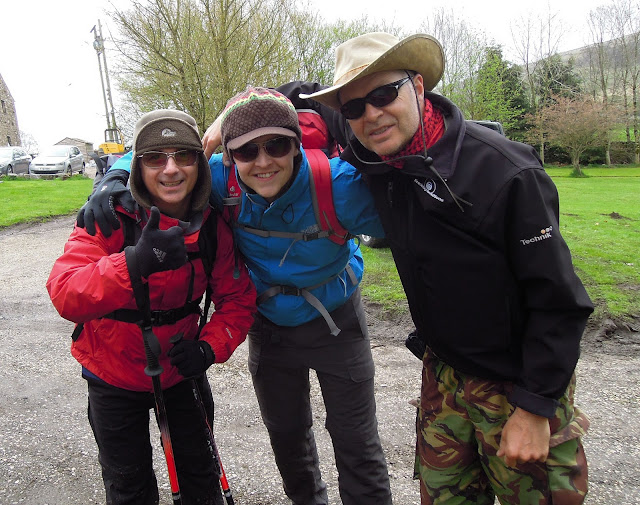 We met the Manc Midgit in the Pen Y Ghent cafe in Horton. We found his car, but no sign of him in the cafe. After five minutes I though I'd better check to make sure he'd not fallen off his booster cushion and was not trapped in the footwell of the car (it's happened before). But no, he was asleep in the car. After a quick coffee and chat, we found somewhere to park, in the car park of The Lion pub.

Norbert put £2.00 in the honesty box, whilst TMM walked past it. "Oi, you've not paid !" I said. "I'm not paying, if they want you to pay there should be someone collecting the money" the tight arsed weasel replied. After giving him far more than two quids worth of abuse we were off, up an extremely muddy, rocky path, into the rain and wind.

I glanced several times at the map, pretty confident that we were on right track. Conversation topics came and went until Norbert started regaling us with tales of "The Donkey" ( a mutual friend ) and his, how shall we say, extra curricular activities. I was so fascinated by his stories, exaggerated or not, that the map reading was forgotten about and we ended up not exactly where we wanted to be. No, we were not lost, just not where we wanted to be.

Anyway, Norbert and TMM were surprisingly understanding and didn't moan or whinge or even take piss. We just trudged back where we'd come from and carried on listening to the tales of Iggy Pop, adventures and depravity. By this time Norbert had started getting blisters and three months after buying his walking boots he had decided they were too small. 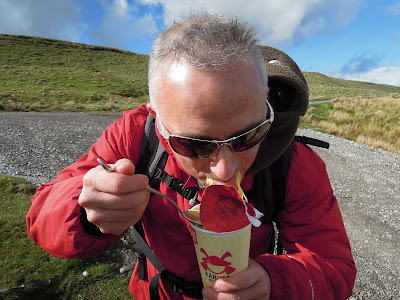 We arrived at the car park just before eight in the evening, having done about twenty miles in seven hours. Back to the B and B, a few drinks and a curry and it was morning again.

Just a quick walk today, up to Pen Y Gent, where it was extremely cold and windy, more like February than May. 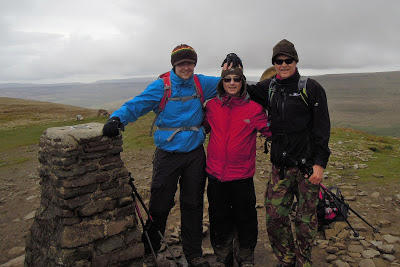 We continued on to Plover Hill, across severely wet and boggy moorland, where Norbert found out that the boots he'd borrowed from me were not quite waterproof. A quick stop for some Gangsta stylee trekking photos, don't dis me blood, we is baaaad. That's my attempt "urban speak" by the way. 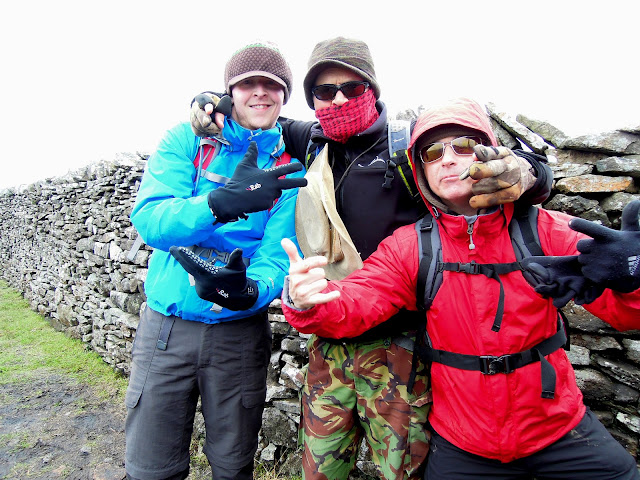 ﻿Below - The bastard son of Rudolf Nureyev and Larry Grayson 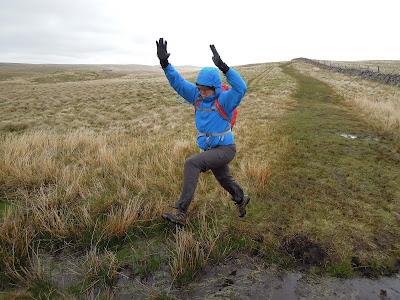 A quick stop for a bite to eat and to pick up the litter that TMM tried to leave (for the second day running . Bloody townies ) and we were back in the cafe ready for the long drive home. Another great weekend, looking forward to the event in three weeks.
Posted by The Essex Scribbler at 01:21 No comments: