“Forty-two. His age had astounded him for years, and each time that he had sat so astounded, trying to figure out what had become of the young, slim man in his twenties, a whole additional year slipped by and had to be recorded, a continually growing sum which he could not reconcile with his self-image. He still saw himself, in his mind's eye, as youthful, and when he caught sight of himself in photographs he usually collapsed ... Somebody took my actual physical presence away and substituted this, he had thought from time to time. Oh well, so it went.”
― Philip K. Dick, A Maze of Death

Obviously the above applies to you, not me. I'm in prime condition and improving with age.

Been busy,  very busy. Preparing for the Paras10 TAB. For Wak Baines benefit, this stands for Tactical Advance into Battle. He's a military man you see. A ten mile off road march with a thirty five pound pack, long troosers and boots. Max time allowed three hours, the Paras have to do it in one hour fifty. I'll be aiming somewhere between the two.

I'm sure there will be lots of other middle aged blokes trying to prove they "could've been a contender".

See that photo of that controller ? I was collecting crabs for bait for upcoming sting ray fishing and found it. Most definitely an omen.

Me and Deadly Dave went last night. I had three roker to 8lb , plus two dogs and a few whiting. Deadly was dogged out, with eight of the buggers, plus a nice skate same size as mine. Bloody freezing, the bait was still frozen when I got back home at 01.00. Enjoyable night though. 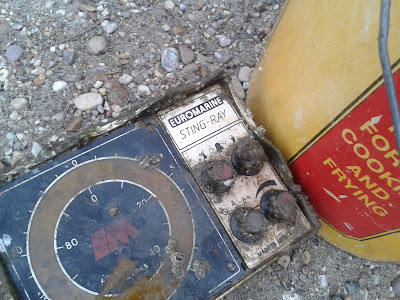 Preparing for a bit of poaching for some nice, almost certainly unfished for carp at a local, very private pit. Stand by for news. Hopefully not of my arrest and imprisonment.

RIP Robert M Pirsig, author of "Zen and the Art of Motorcycle Maintenance". A classic. Read it if you haven't already. And if you have, read it again.

Reasons To Be Cheerful - Part 2

"Every spring is the only spring. A perpetual astonishment"

This warm weather bought the snakes out last week. On the way back from fishing I almost stood on this adder. I made a ridiculous vomiting noise when I saw it, they give me the creeps. Didn't stop me from going back for a photo though 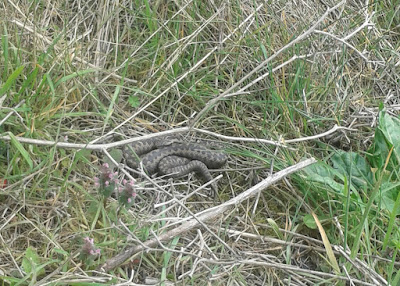 A day later, walking around the reservoir I heard that familiar snake sound in the leaves and there were three grass snakes together, big buggers too. Lots of them about at the moment. 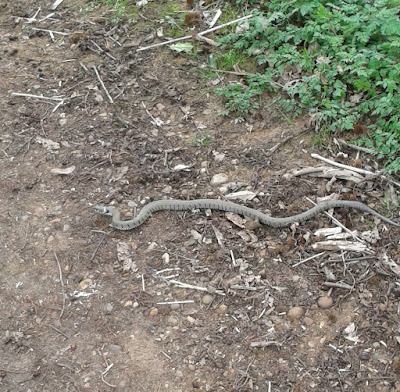 Now, this is possibly the crappiest holiday park on the Essex Sunshine Coast. Seawick Holiday Park. It's near where we fish for skate.

Lots of fat old munters eating chips, middle aged blokes in tight football shirts drinking pints in the Sailor Boy pub at eleven in the morning, other people walking their Staffies, or Devil Dogs as Wak Baines calls them. Book your dream holiday there now. 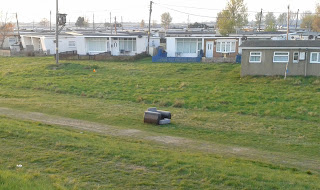 I've been making bass and pike floats this week, as well as some ultra long wagglers to beat the reservoir drift. Can't buy them, so I'm having to weave my magic. They will undoubtedly turn out to be functional rather than beautiful, but that's OK.

I like doing it, there's something therapeutic about making stuff. Wild Billy Childish said it's better to do something badly yourself than getting somebody else to do it for you well.

In the case of float making, drawing, painting, etc, I think he's right. When it comes to wiring or plumbing your house I think we disagree. 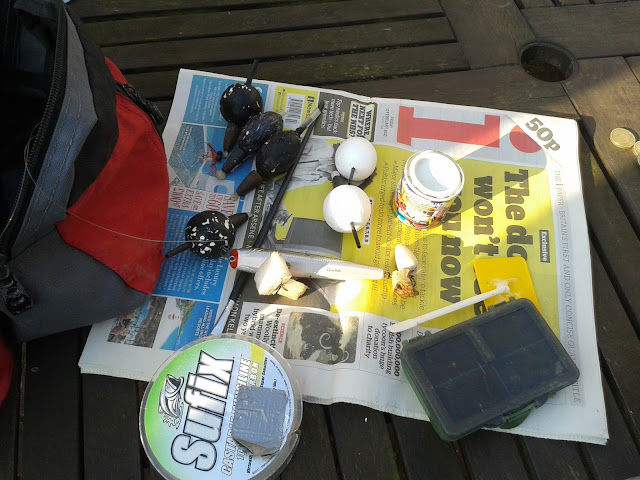 Last weekend I did the Little Bromley 10 km. Finished in 45.08. Previous year was 45.04. Incredible you run all that way and finish within a few seconds both times. Great race, good atmosphere, five hundred entrant sell out, around some lovely rural lanes. Then it was off to the Italian restaurant for a pig out and drink. Outdoor table in the sun. Happy days. 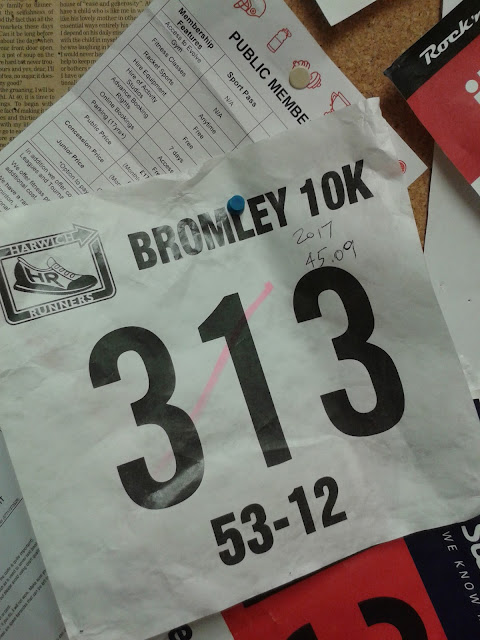 Posted by The Essex Scribbler at 10:50 7 comments:

Reasons To Be cheerful - Part 1

"Always walk on the sunny side of the street"


Where to begin ? Winter is now just a bad memory, it's all happening here in deepest Essex.

Last week skate fishing varied between good and appalling. Got up at 04.00 onTuesday morning for a pre work session. First cast, an eleven pounder. Second cast an eight pounder. It slowed down but I ended up with five decent fish in a couple of hours.

I then blanked the next two trips.  Oh well. 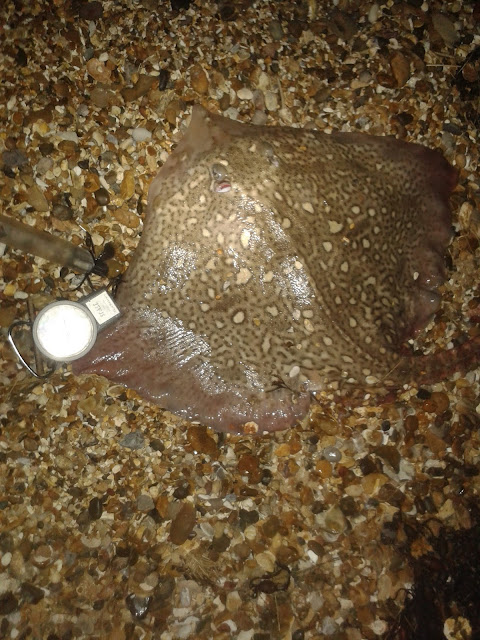 I've had a few trips to the reservoir too. Plenty of roach, but they've onlybeen feeding as the the sun dips below the horizon, so it's a question of catching them before it gets dark. Loads of bats out at dusk over the ressie. 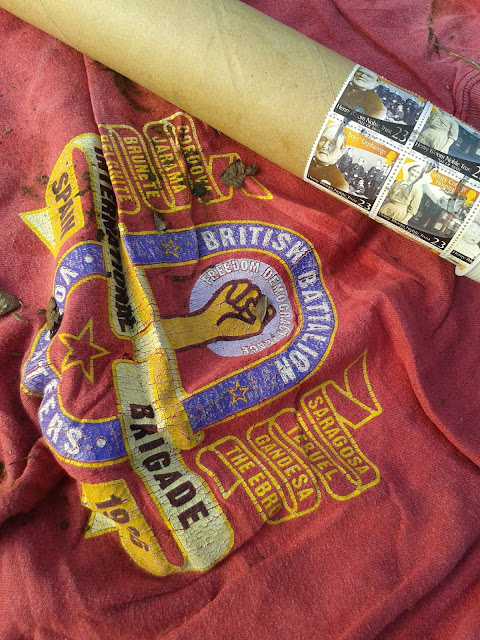 A few of the migrant birds have showed up too. Coming over here, eating our insects. Plenty of chiffchaffs, whitethroats and blackcaps, plus the odd reed warbler. Nightingales and cuckoos in the next week I reckon.

The crabs have started peeling too. I've been down the river on the last three tides stocking up. It doesn't last long so you've got to get 'em while you can . Back breaking work though. When I catch my huge sting ray it'll be worth it though.


Wood anemones and bluebells out in force. Bluebells very early.

Got to be the best time of year hasn't it ? Get out there and suck it up. More roach and tench fishing at the ressie over the Easter weekend hopefully. And a skate trip or two. 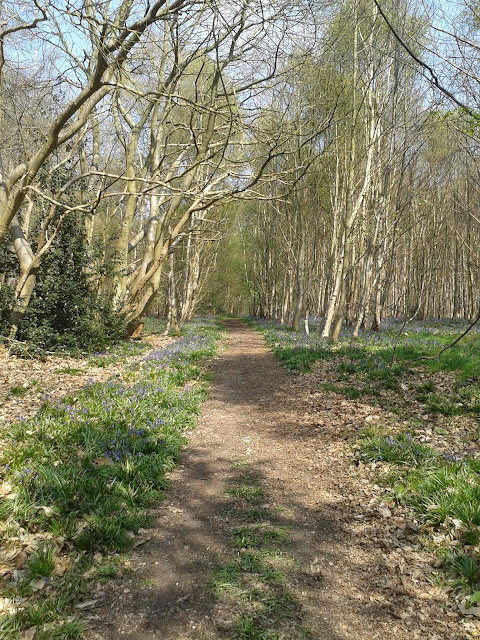 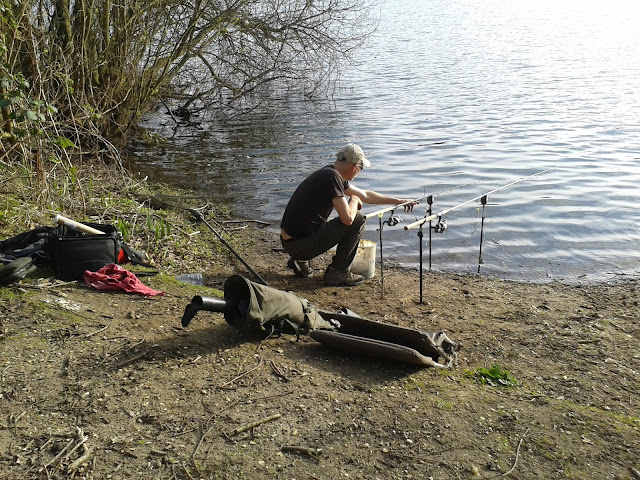 Another blog update shortly. So busy I've barely got time to work. The junior Dann brother said he thought I did " Less work that Poodle Riley in his last years at Alan Williams ". Now that's a bit harsh.