I was busy last week.  Busy fishing and bait digging. Couple of crappy sessions on the beach where we were plagued with small whiting. My mate Dave did catch something very unusual though....a red mullet. I've never seen one caught locally before. 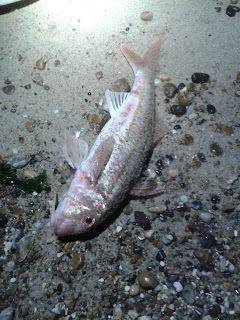 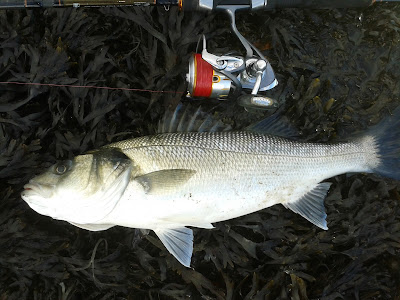 A couple of half hour sessions on the river yielded three sizable bass, best 3lb ish. Making the most of the bass now before they depart for winter. 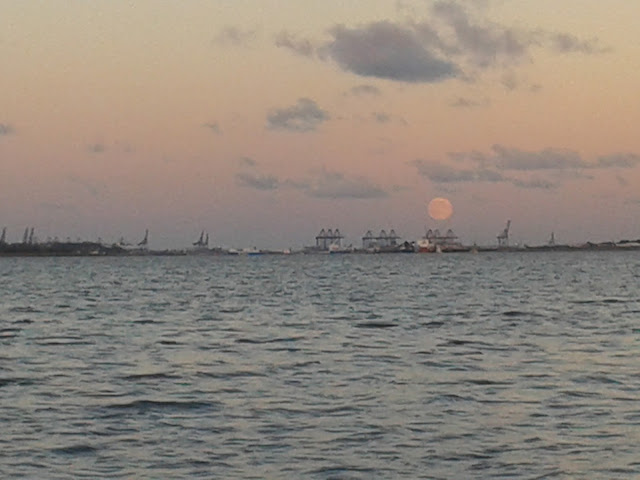 I never tire of this place,
On Saturday, "Hungry Boy" John Sait invited me out in the boat. Lovely day in the sun, fishing steady rather than spectacular. I ended up with a couple of nice codling to 6lb, plus three skate and heaps of whiting. Hungry Boy had a similar catch. Take a close look at the photo below, you'll see John's fifty plus years of experience has been put to good use on his bespoke rod rest.... secured by rubber bands. The man's got class. 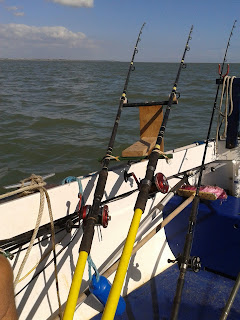 Posted by The Essex Scribbler at 02:53 3 comments:

Two Go Mad on the Beara

The Mighty Turdster and me arrived at the tip of the Beara peninsula in County Cork with the clear water bathed in sunshine. 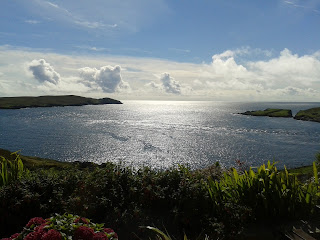 Our B and B had an amazing sea view and was a couple of hundred yards from the rocks. Perfect. 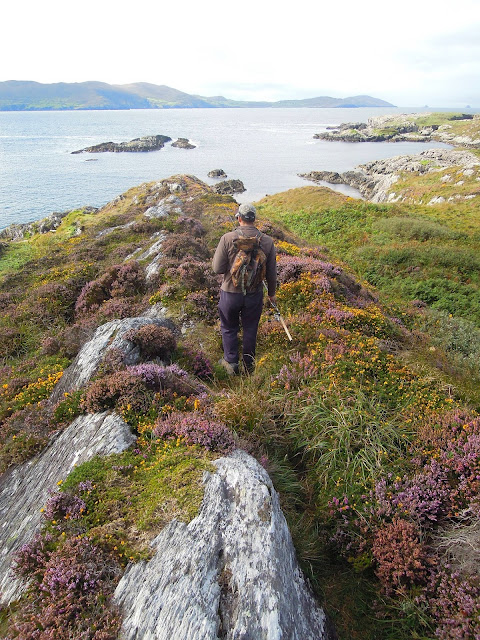 In the evening we had a quick session on the rocks. However, it being Ireland, the weather had changed and it was pouring down with rain, driven in by high winds. At dusk, with us absolutely drenched, the fish went mad, many casts resulting in two or three decent sized fish on the feathers. I had mostly pollack and coalies, with The Turdster hammering big scad on the float.
Luckily the weather cleared up after a day or so and the rest of the week was generally fine with the odd shower. The fishing was as good as we hoped, every session resulting in fish of one sort or another. 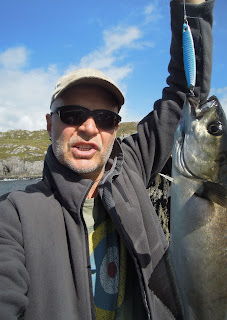 The first few days we mostly lure fished and had countless pollack to 6lb plus, with a good number of coalies on bright spoons or feathers. For some reason the coalies never took soft plastic eels. 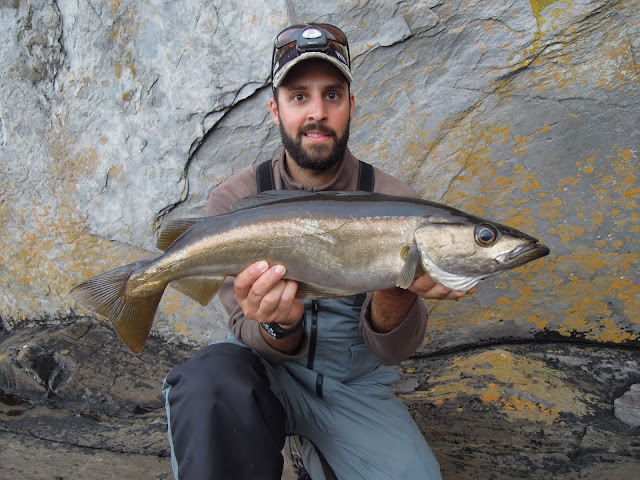 We had some cracking mackerel too. 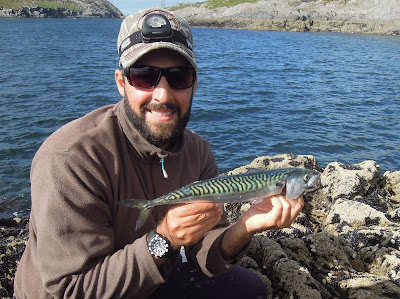 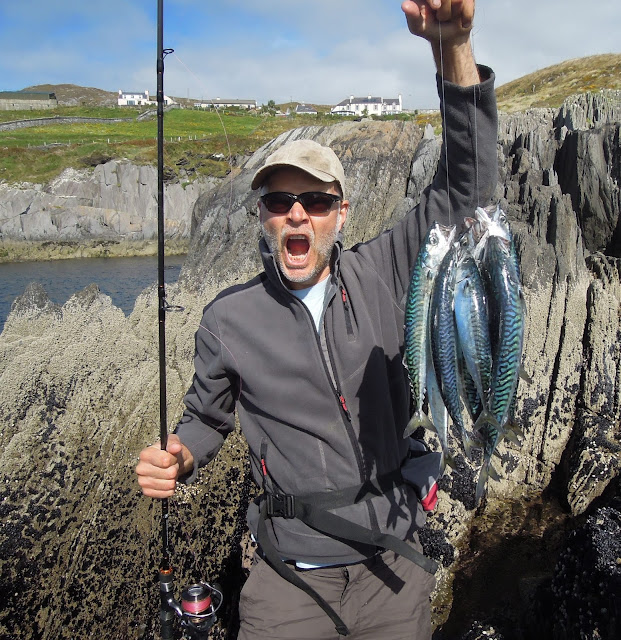 Later in the week we did a bit more bottom fishing for huss and conger. 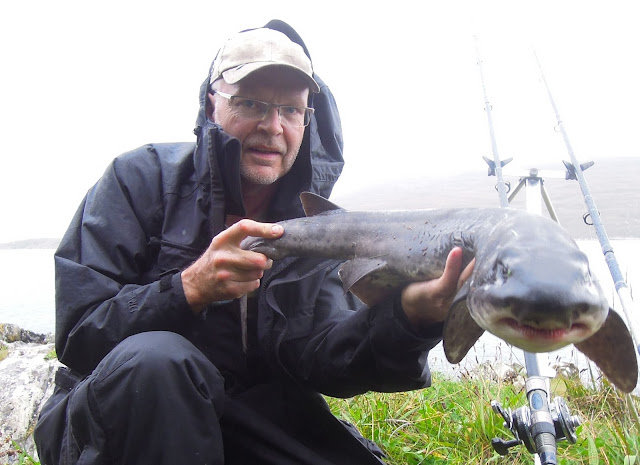 We tried maybe lots of different marks and all produced in one way or another. The hussing was fantastic. 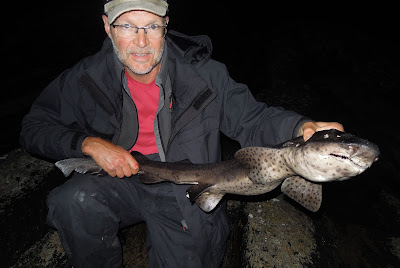 The best bottom fishing session resulted in 19 huss and two conger between us in a short evening session. 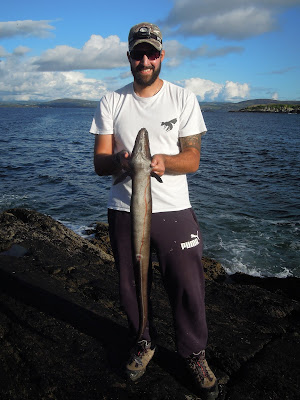 Turdous was the top conger catcher of the week, having a dozen or so to just under double figures. 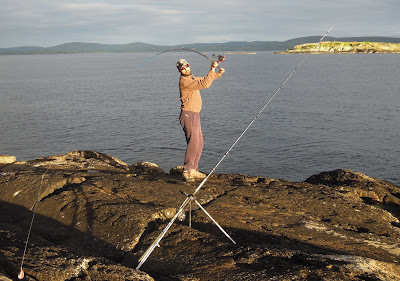 I had a nice mullet one day at Dursey, we had a shoal of forty or fifty feeding before a seal crashed into them, sending them scattering everywhere. 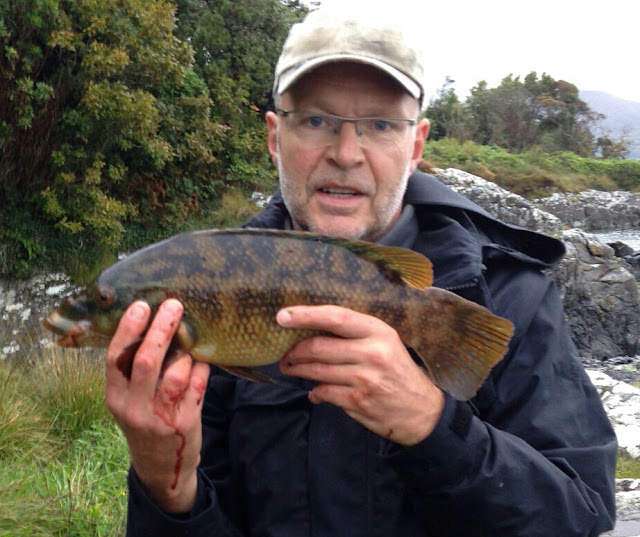 I also managed to catch a near 4lb wrasse on my mackeral head, cast out for conger. First time that's happened. 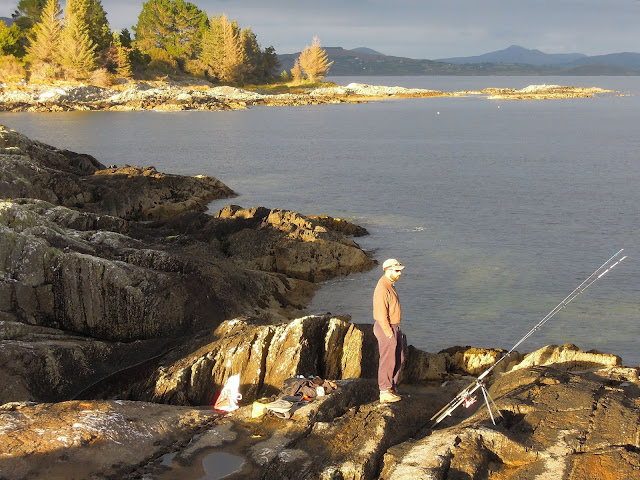 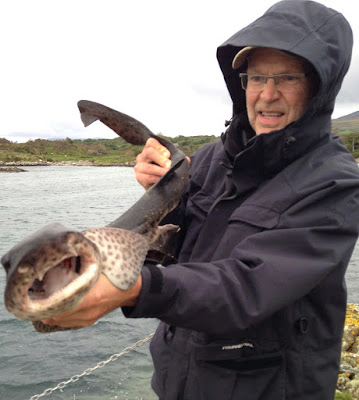 All in all, a great week.The Turdster was hungrier for fish than I've ever known and we ended the week happy, knackered and totally fished out.
Posted by The Essex Scribbler at 23:59 5 comments:

The Times They Are A Changing

Got up at 1.00 to go fishing with Whittler on Saturday morning. 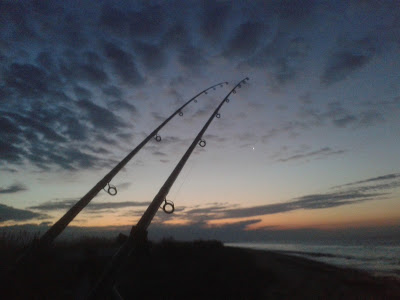 Lovely night, lots of whiting and pouting. Nothing decent. Didn't get light until well gone 5. 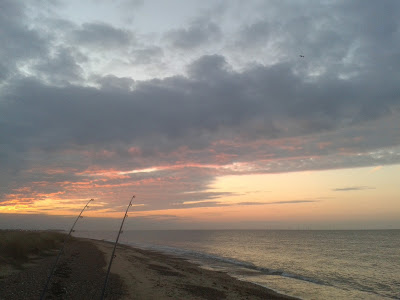 Good to be back on the beach again. That's all.

Posted by The Essex Scribbler at 11:59 3 comments:

First day of September produced a bass of 2lb ish and a hat full of mushrooms.
I lost touch with bass over the weekend and ended up kicking myself, as a dawn session that I'd pencilled in as a cracking tide, with low water co inciding with dawn "didn't happen", due to me not getting out of bed.
The Whittler went and had three decent bass in an hour. 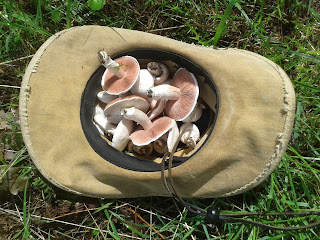 Posted by The Essex Scribbler at 09:57 2 comments: