A Perfect Day, the "Dirty Wall" and a trip to Orford Island

Well, I say a perfect day. No high class Russian prostitutes were involved and I didn't score the cup final winner at Wembley against Man U, but a good day nevertheless.
I tried to get into town to do a bit of work, but the traffic was so bad I gave up, drove to Wivenhoe and had a long walk along the river and through the woods, before having a late breakfast in the the "Fatman's" cafe. It was too nice a day to work anyway. 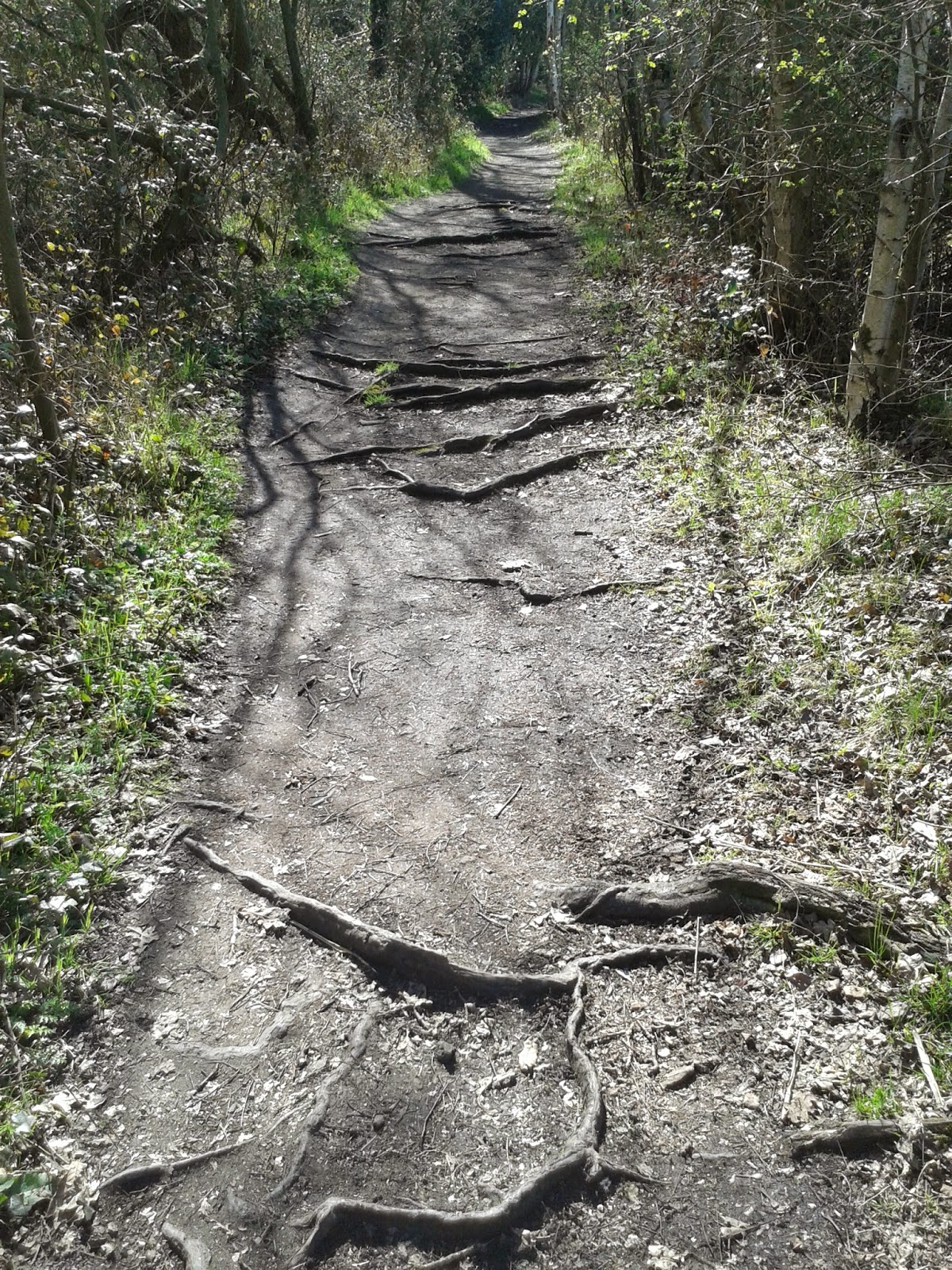 I heard the first cuckoo of spring, a nightingale and a cettis warbler. So there. Several buzzards were wheeling on the thermals, their weak arsed cries more appropriate for a bird a quarter of their size, than a near eagle sized beast. That's your wildlife report for the day.
I've walked, run and cycled this route hundreds of times over many years and never get bored of it. It's bloody lovely. 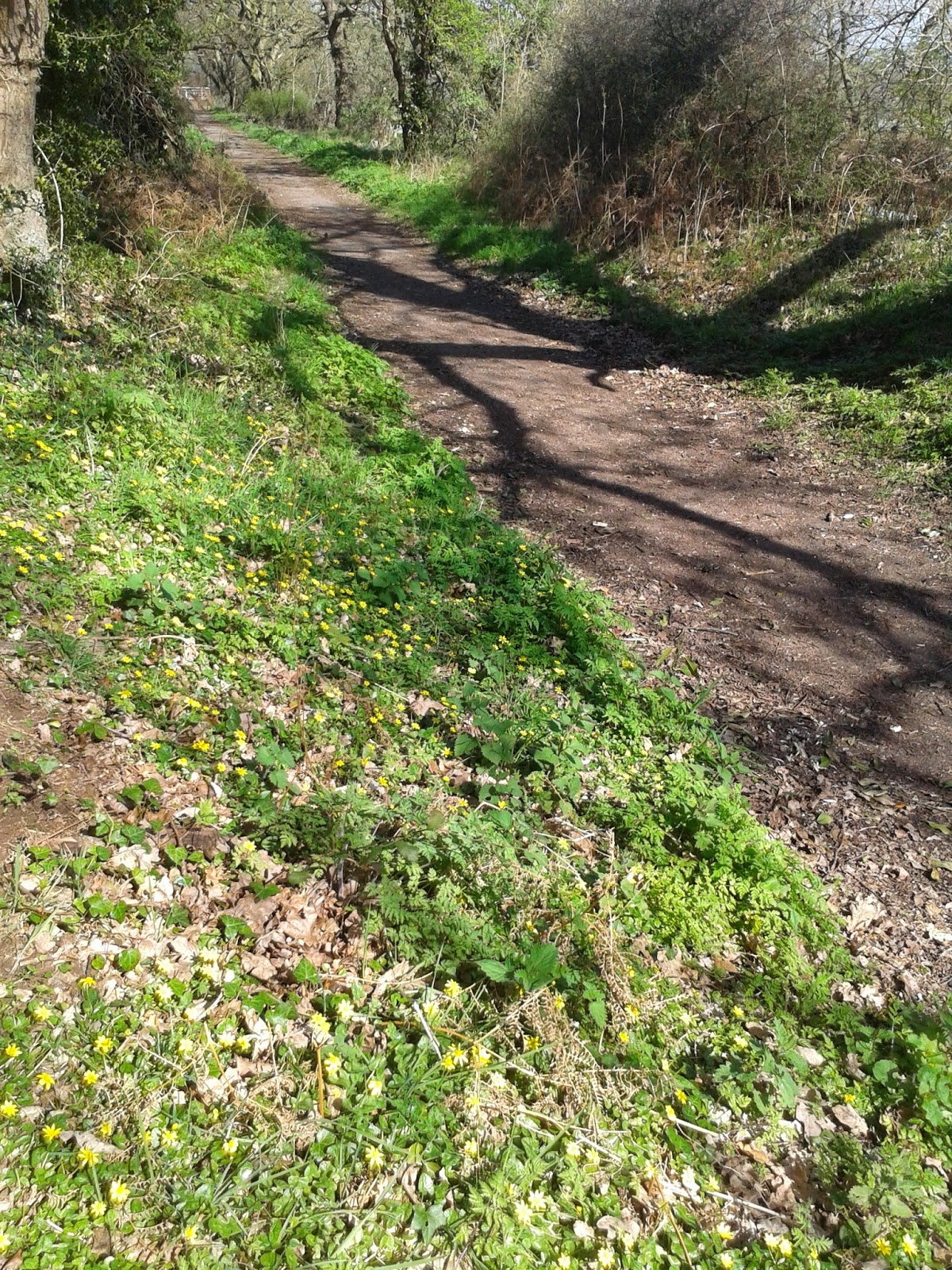 Sunday I decided to make the monster hike from Aldeburgh, to fish the "Dirty Wall". I had three decent codling to about four and a half pounds and a handful of keeper whiting. All the codling in a mad half hour.

A few days later, I managed to tempt the Capel Hermit out for a session. We took the ferry over to Orford Island. The ferry being run by Pete, a very nice and very knowledgeable refugee from Essex.
We had the whole island to ourselves, not one other person fishing. What a remote, desolate place it is. Not many places this wild left in southern England.
We had a great day, each having six good codling to well over 4lb, whiting and masses of smegging doggies.
I had a weird looking codling, with a ridiculous looking face, see photo below. Goozgog finished the day by catching a codling with a lamprey attached , something neither of us have seen in forty odd years of fishing. Hideous looking thing. Didn't get a photo because we were so engrossed ( and repulsed ) looking at it.

Posted by The Essex Scribbler at 12:48 5 comments:

Allotment plot, with cultivator,
Asparagus and new potatoes,
Home produced, it's not from China,
Can fish a bit, well sort of, kinda 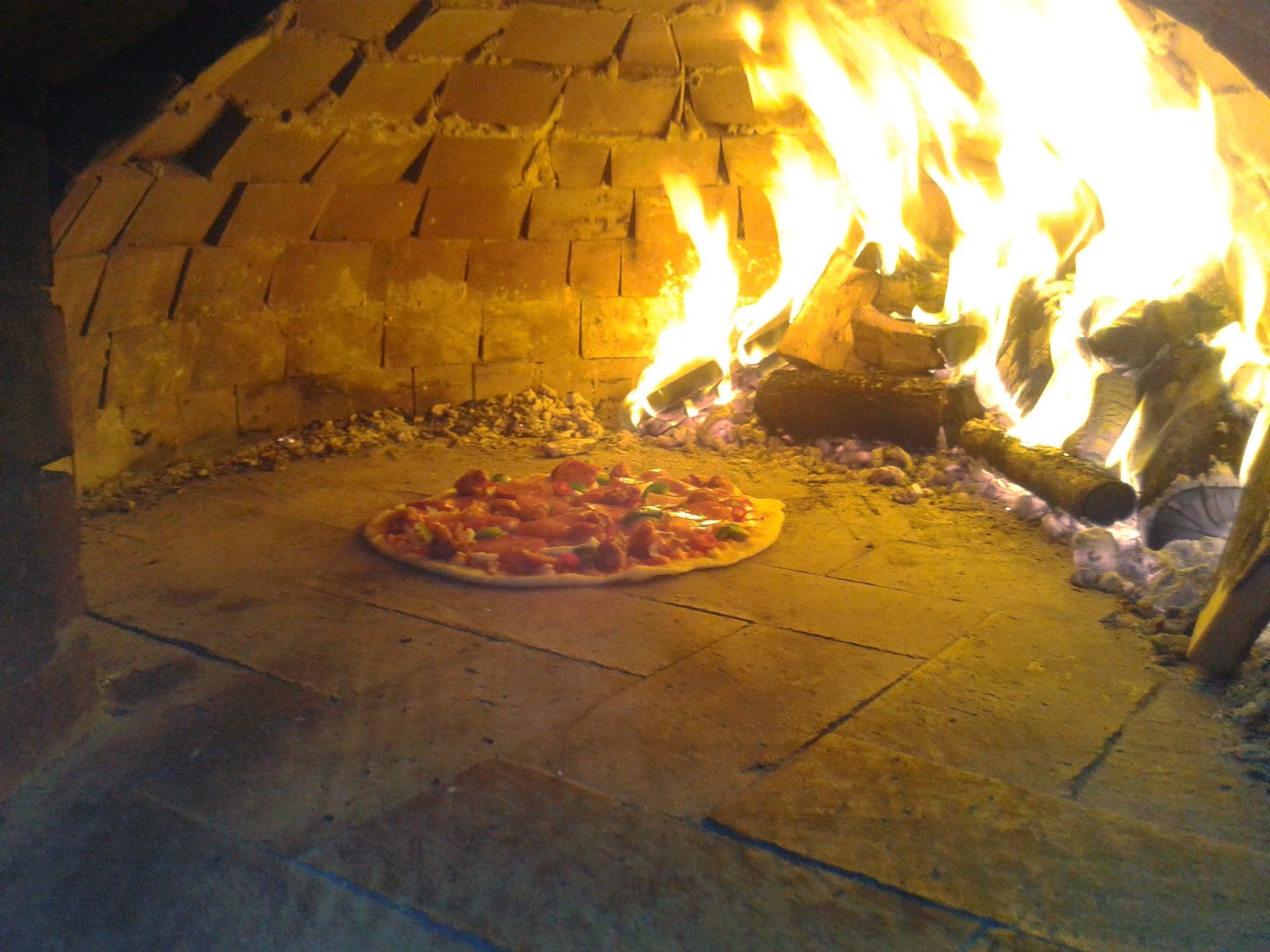 Posted by The Essex Scribbler at 09:46 6 comments: 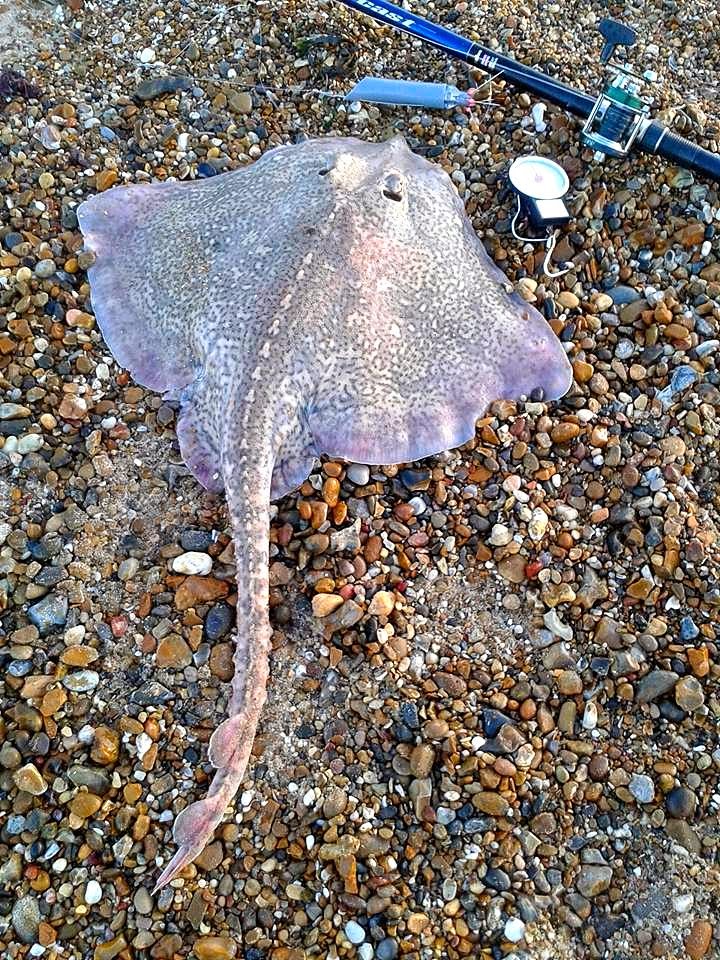 Posted by The Essex Scribbler at 12:02 No comments:

Afloat With The Legend

I was poncing around in the garage on Tuesday afternoon, when Tom Jones impersonator, ex charter boat skipper and local legend Hungry John Sait turned up, asking if I wanted a day fishing with him in the boat. Oh go on then, if you insist.
That evening I dug some lugworm from Mersea and picked up some fresh herring off the quay from "Herring Johnny" ( no, we didn't spend long on the nickname ) so we were all set to go.
The day dawned dry and windless and as we launched I said to John he'd have to tell me exactly what to do with regard to help with things on the boat. "Just sit down and keep out the way" he said. He can be rather, erm, straight talking. 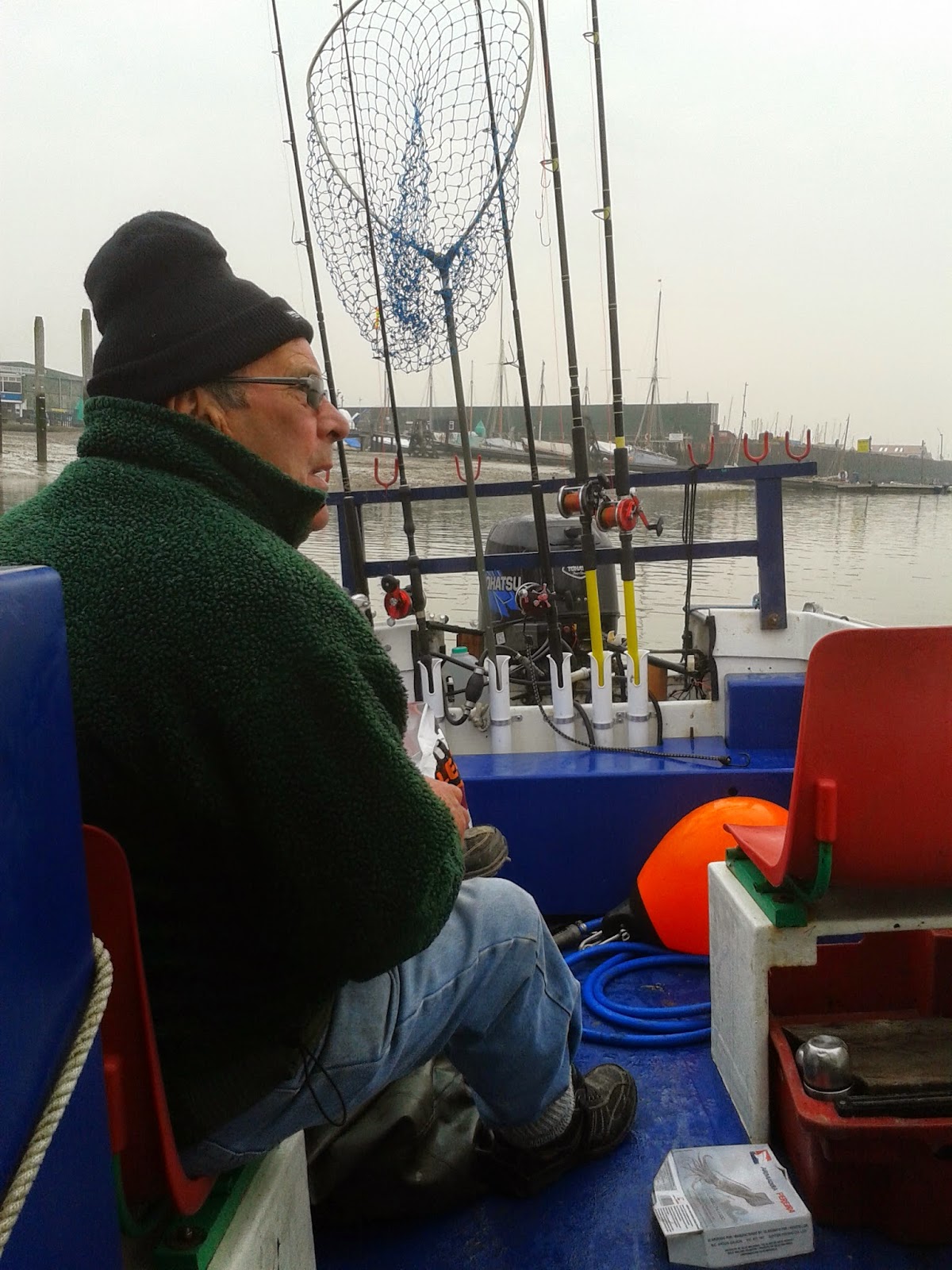 We arrived at the mark right on slack water, two rods were cast out and a minute later one of the tips sprang back. A heavy, very slow moving weight was felt and a big skate broke the surface. John lifted it into the boat. Bloody massive it was, estimated at 14lb. I looked up and the other rod had gone, which resulted in another big skate around 12lb. Not a bad start. We continued to catch skate until the tide started to pull, whereupon the cod started to feed. 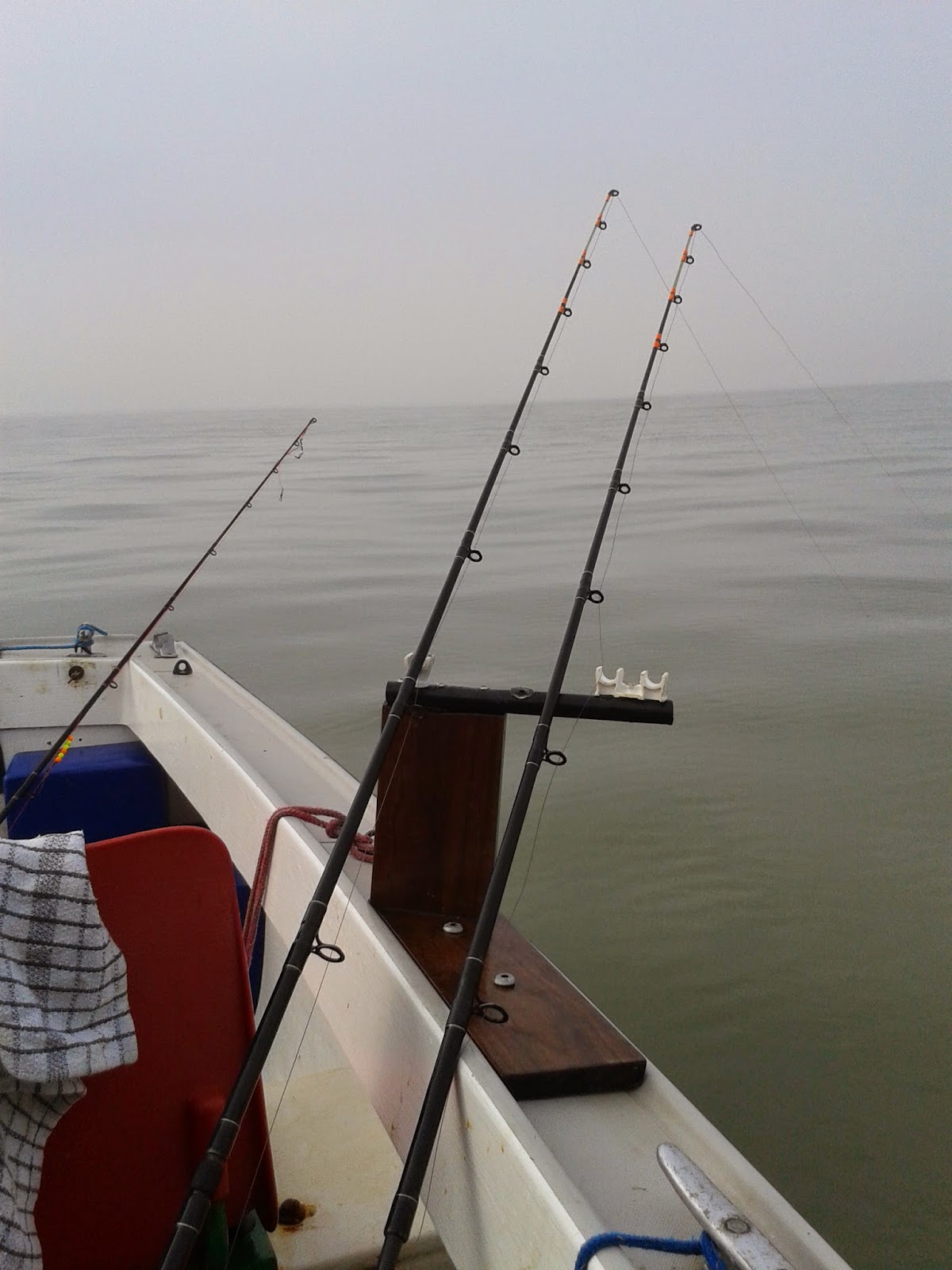 It was one cod after another, with small baits of fresh lug and squid being the killer. Cracking fish too, immaculate condition after pigging out on sprats and herring and almost all between 2.5 to 5lb.
The Legend had obviously put us on the right spot, because over the radio were heard that many other boats were struggling. We packed up at the top of the tide with the cod still feeding.
We ended up with 11 skate and 56 cod. I, as "The Boy" was nominated to gut the fish, which took the best part of an hour.
After getting back to John's, his wife came out, took a look at the fish, rolled her eyes and said "What are you going to do with that lot ?"
"Put them in the freezer" said John. "It's full" came the reply. "I'll buy another one" he said.
He's called Hungry John for a reason.
A fantastic day. 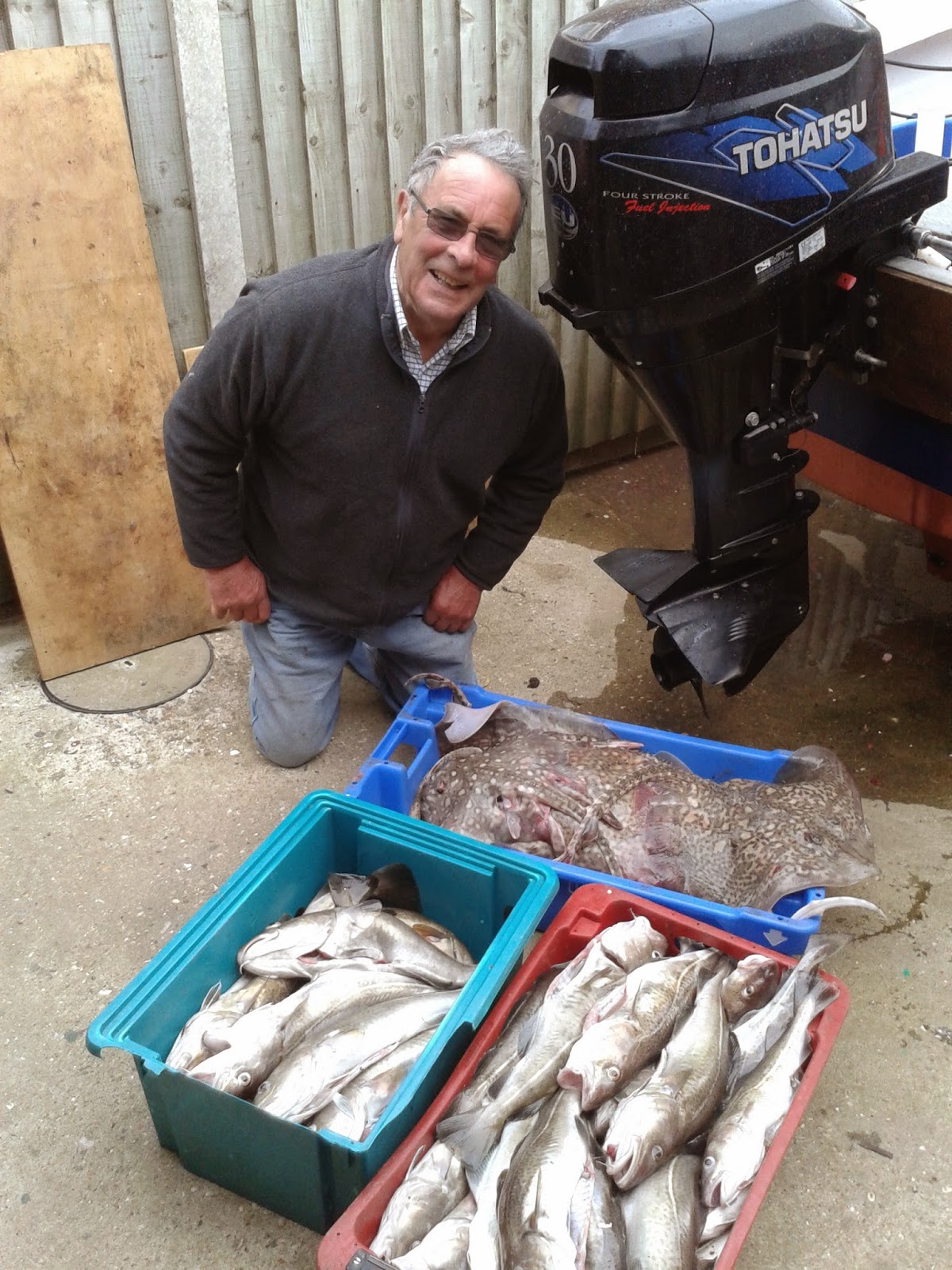 Posted by The Essex Scribbler at 07:49 3 comments:

Be Careful What You Wish For, Poodle Riley

Spoke to Poodle the other day and he was laughing at some old photos I posted a while back, especially one of Goozgog. "Have you got any more" he said, hoping for more laugh's at Goozgog's expense. Well, yes, I have.

Believe it or not, in those days, Goozgog was a bit of a young legend and appeared in Angling Times a couple of times, after he caught some big bream at a Alresford pit. He told us youngsters to use red maggots for the bream because "they think they're worms". Presumably when the bream came across worms they thought they were red maggots.
Another nugget of wisdom was telling us to take our anti reverse off our Mitchel 410s, as "click scares the fish away". He also caught a hundred fish in one day at "Ted's Reservoir" in Thorrington, when us mere mortals had caught maybe a dozen between us. The secret, were were told, was to change our size 10 hooks to size 16 model perfect, hook to nylons ( he was right on that one).
After this early success, it's sad to reflect that the 13 year old Goozgog would undoubtedly outfish the 53 year old he is now.
Anyway, to restore at bit of balance, here's one of Poodle Riley taken in the middle part of the last century. 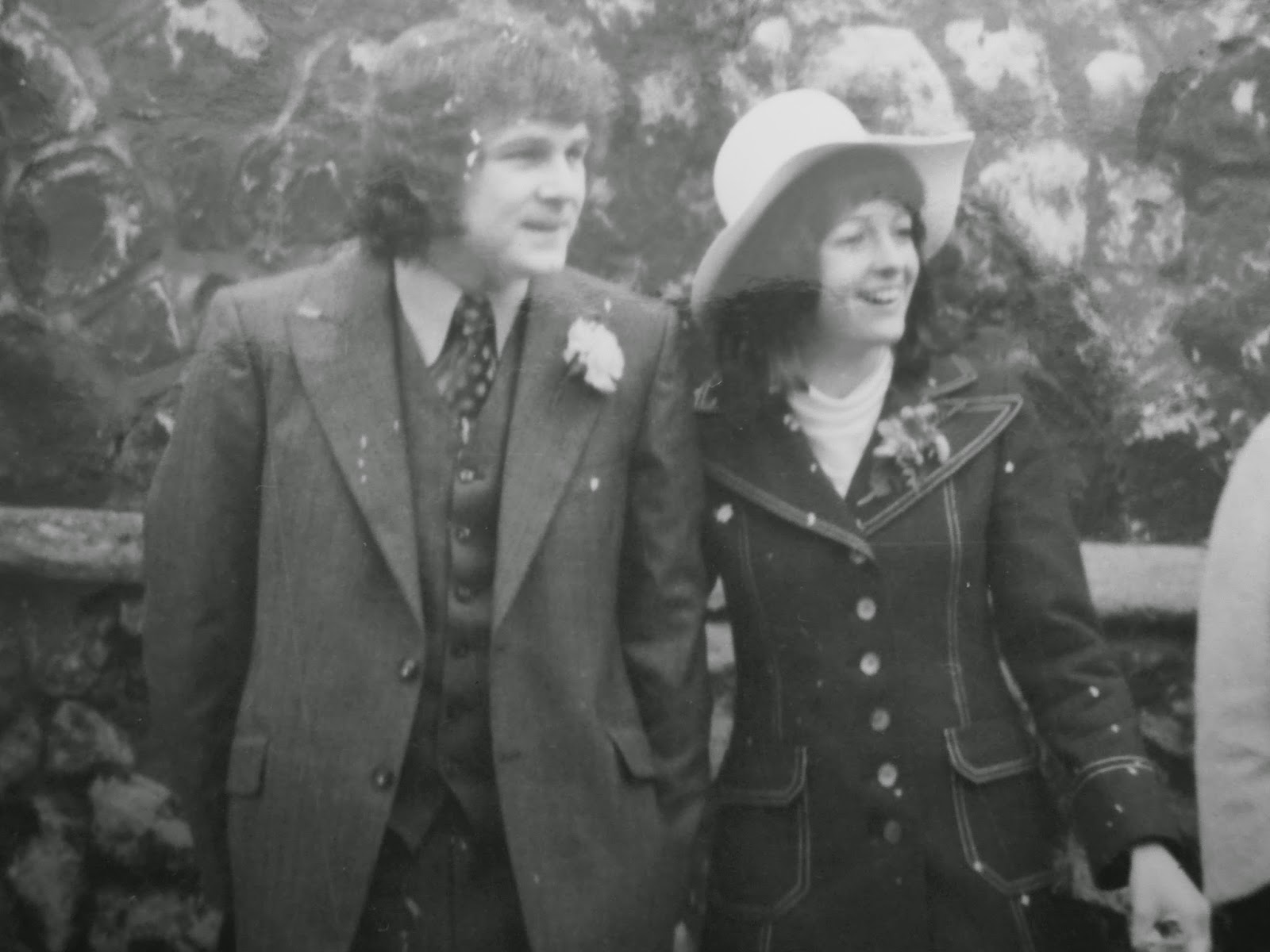 Posted by The Essex Scribbler at 09:38 4 comments:

Sunday and it's Colchester Half Marathon. Raining and windy, not very nice, but The Turdster, Perry "The Cannibal" Taylor and a few other mates are doing it, so I can't bail out. I catch up with The Cannibal at the start line and we run most of it together at decent pace. I finished in 1.39.13, better than last year, so pretty pleased. Yes, I keep saying it, but I'm getting better as I get older. Me and Lady Bong then went for a pig out at a very nice local Italian restaurant for lunch to celebrate.
I sent a text to Turdster asking him what time he finished, saying I was having lunch and sent him photo of the calzone pizza pictured below left. To demonstrate what a strange fellow he is, in response, he sent me back photo of his feet and pants, with him appearing to be "on the pan". No explanation.  For your perusal, see below right. 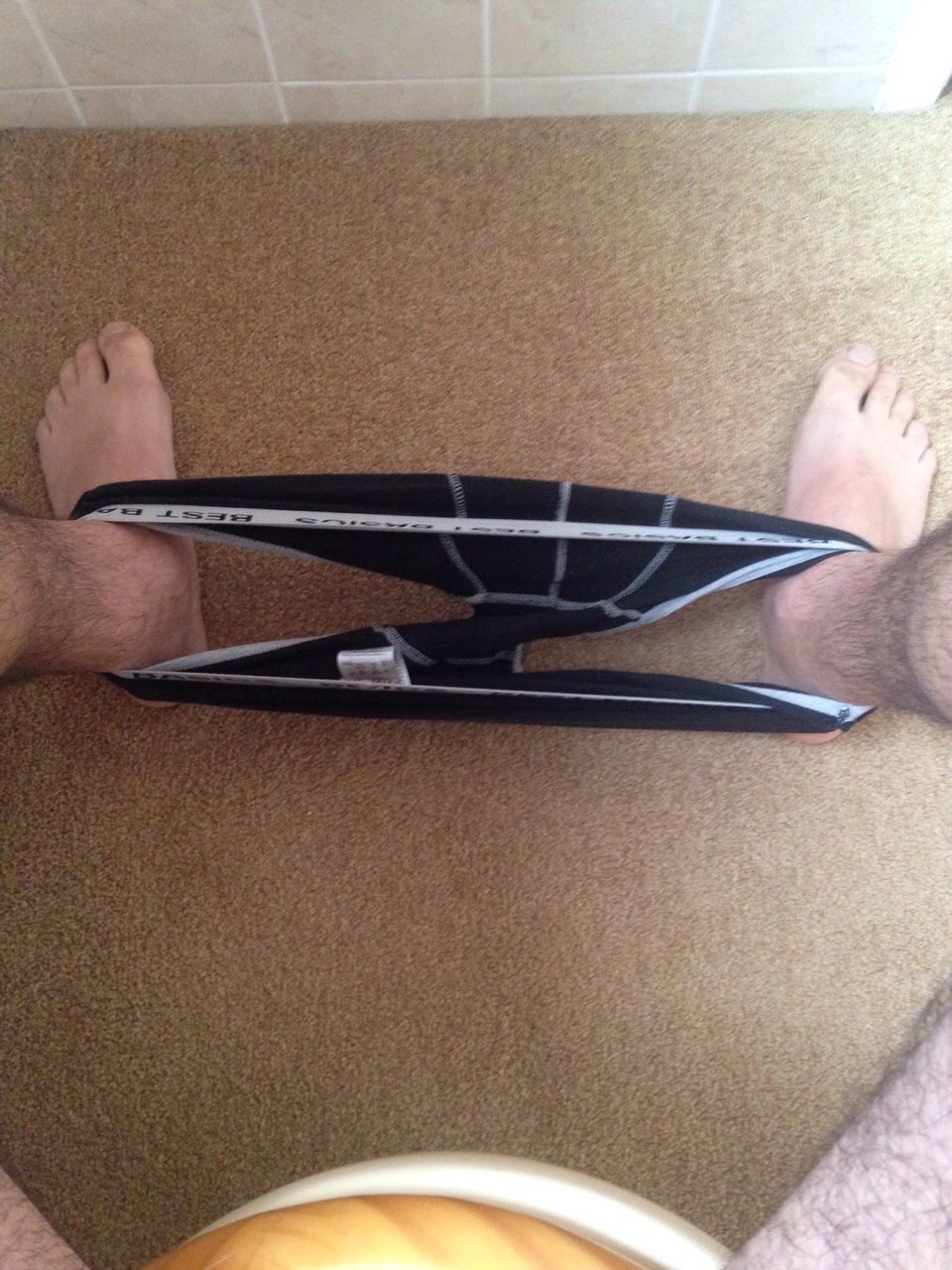 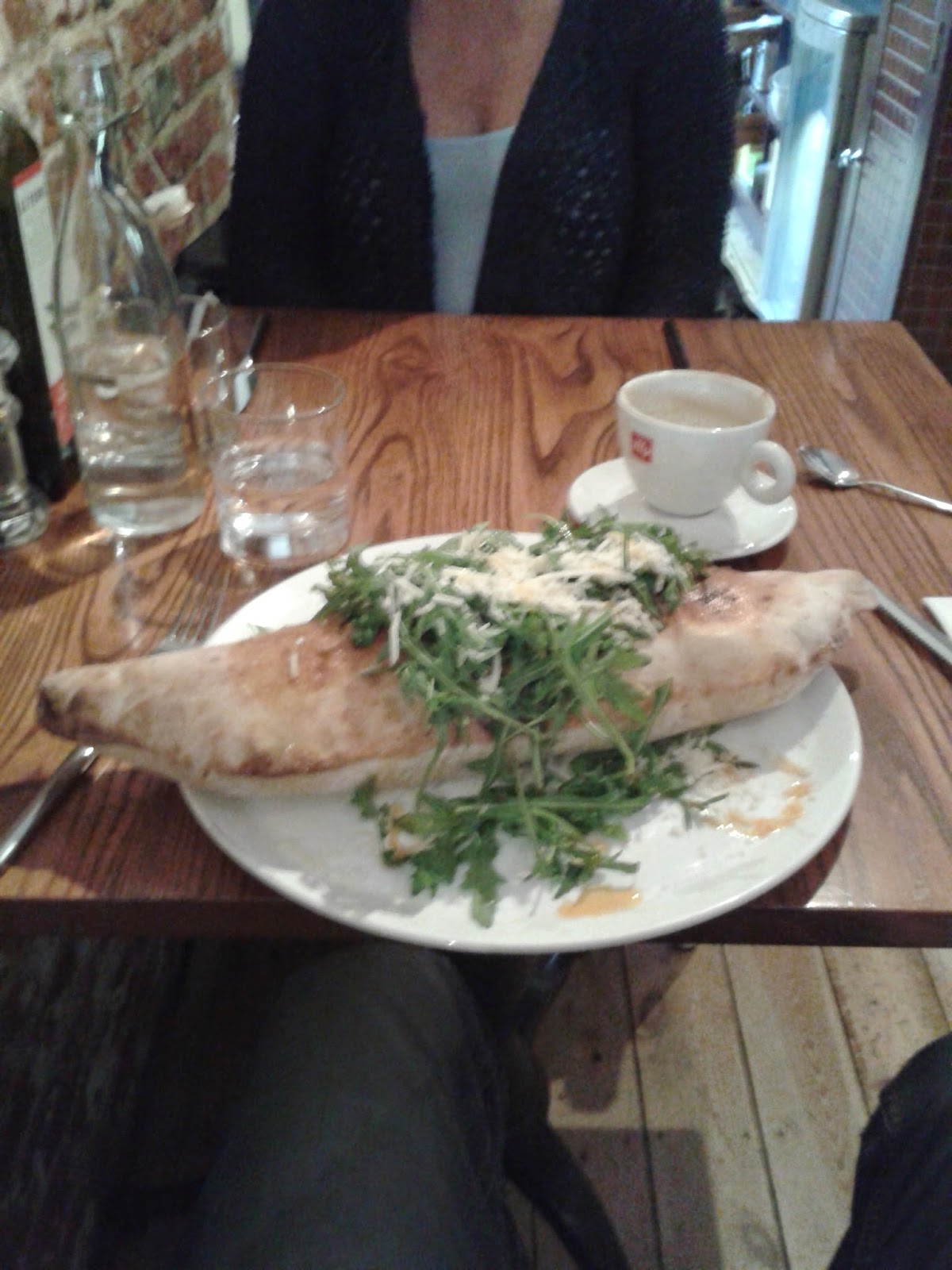 The Whittler said we'd catch codling. Said he'd got a new spot. Said conditions were perfect. OK, OK, I told him, I'm convinced. So I popped off down to Mersea to dig some lug, stopping off to take "the" photo of the famous beach huts. A cliche, but they do look good. I dug enough lug to go with the squid and that evening we went to catch codling. It was windy, very windy. Like a hurricane.
I'd only been fishing a few minutes and the rod pulls over and the first codling of the night is on....no, no, feels a bit heavy and surprise, surprise it's a skate. I'm a skate magnet, me.
Half hour later I do catch a codling, or more specifically a SIKI codling, which I chuck back. The next two hours I spend freezing my nuts off with no other bites. Whittler had a stream of small whiting. Nice. Take me home. Now. 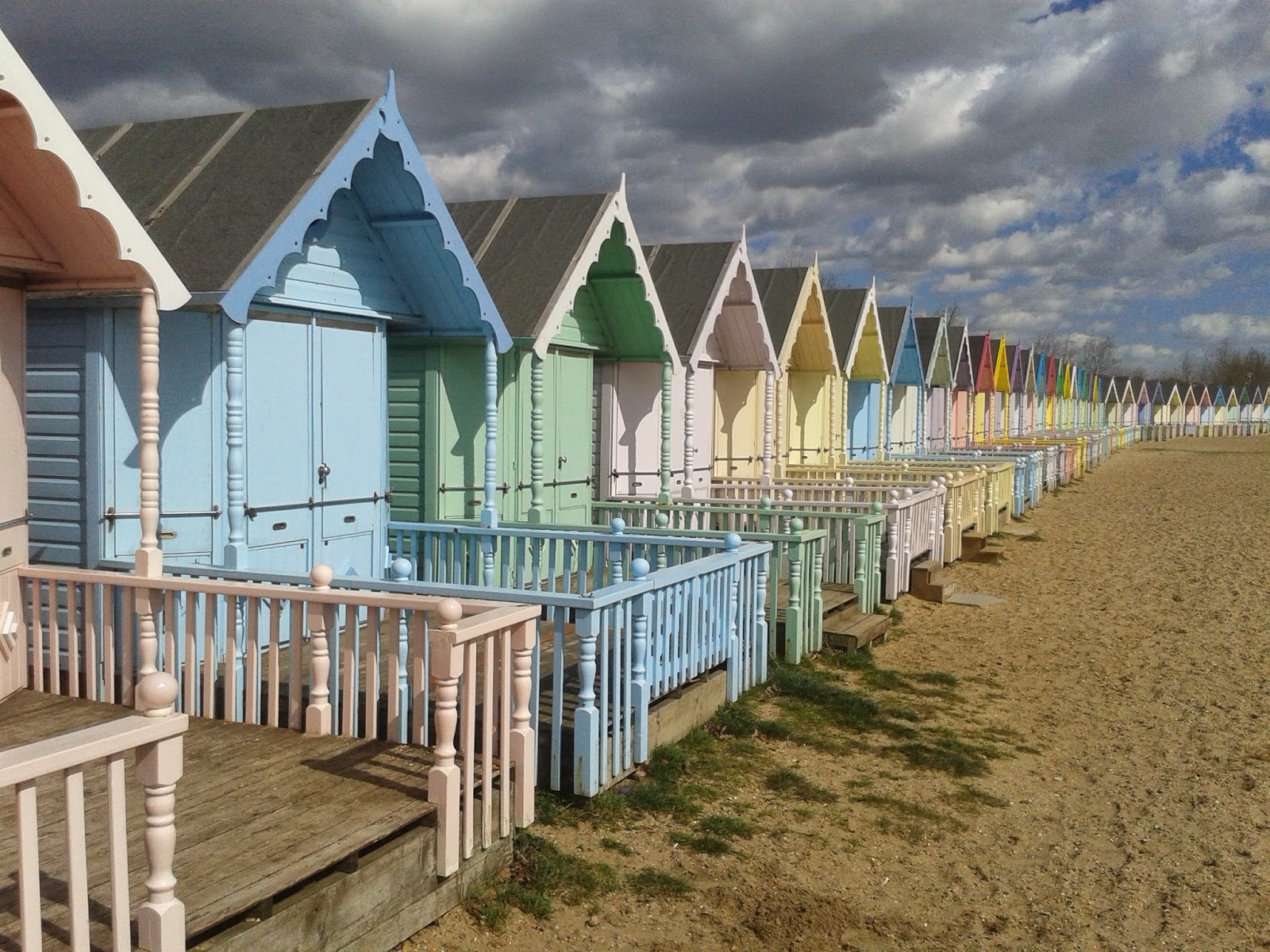 Next day and I'm looking at the weather forecast. Wind, wind and more wind....but dropping off to nothing on Thursday. A few days later and I wake up to a calm, sunny morning. Work is, as they say, "laughed off" and very soon I'm at my favoutite spot. It looks absolutely spot on, chocolate coloured sea, offshore wind. Perfect.
First cast, cup of tea poured and the rod springs back and the first roker of the day is on. Lovely. Then the Goozgog family turn up and join the fun, catching three in quick succession. Mrs Goozgog interrupts two Beach Gentleman engaging in some, erm, aerobics action. I warn everyone who comes here, but they never listen. The first bit of sun brings them out, they pop up, suddenly appearing in the dunes, "Like fecking meercats", as The Turdster says. 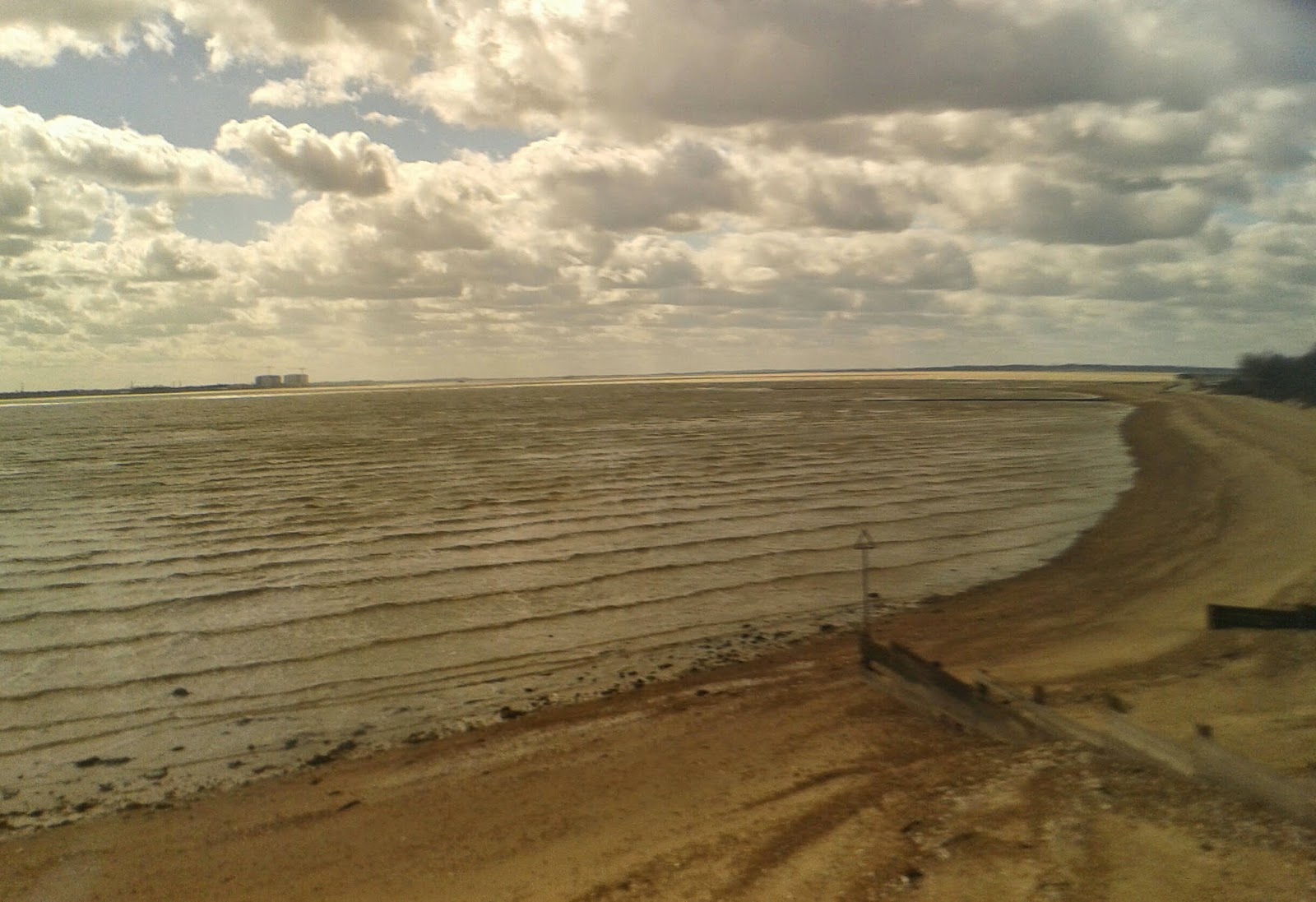 I finished up with nine skate and a stray codling. A lovely day spent sitting in the sun, chatting and texting The Whittler to remind him what he's missing. He ignored it, but I was happy in the knowledge that it irritated the hell out of him. 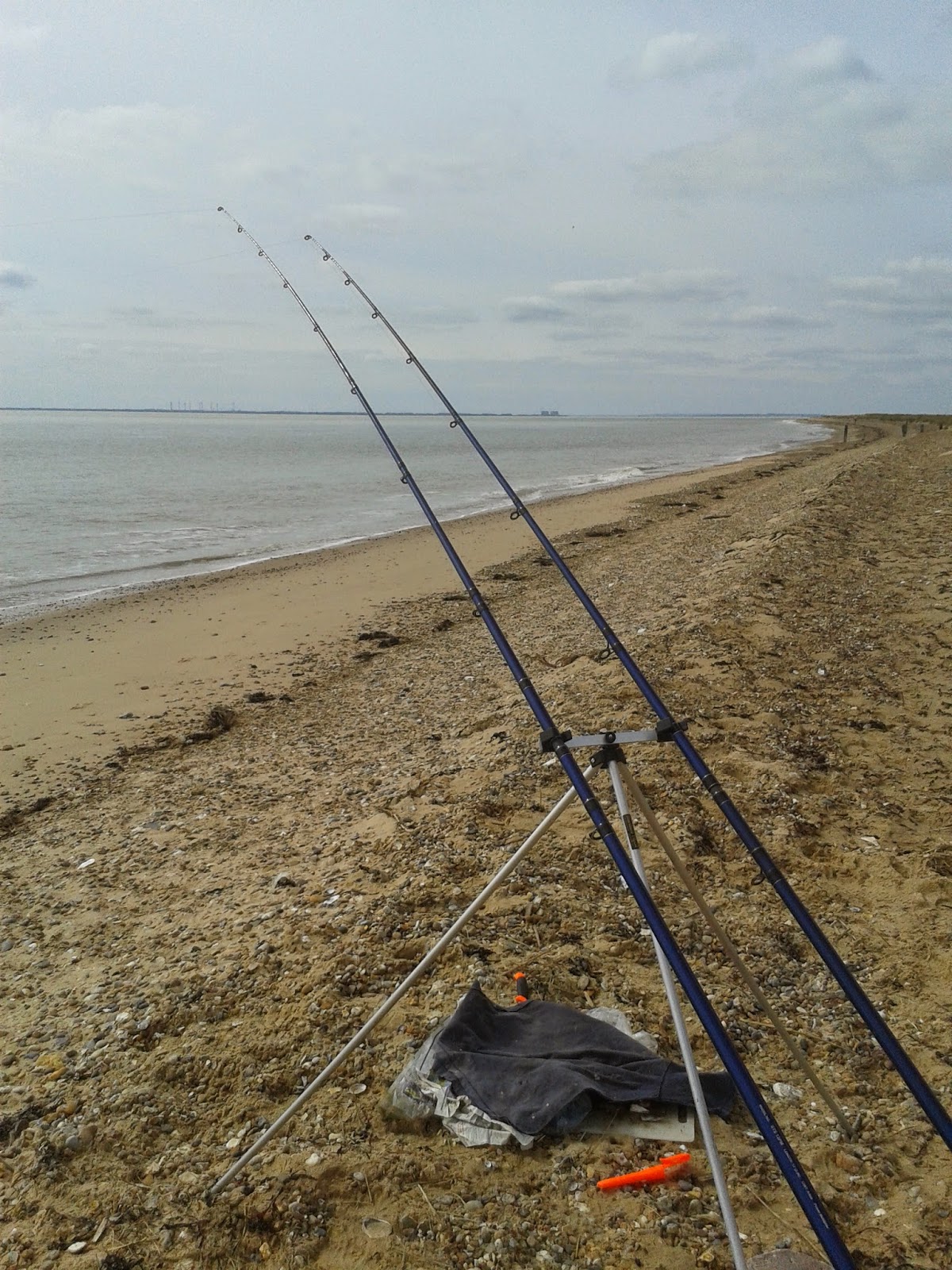 Posted by The Essex Scribbler at 11:50 7 comments: