" I Coulda Been A Contender "

" Regret is the worst human emotion. If you had of taken another road, you may of fallen off a cliff. I'm content "


Done the Paras10, a ten mile cross country yomp with 35lb pack and boots last weekend. I was aiming for around 2.15 but somehow managed to come in under the Para qualifying time at 1.48. Well pleased.
Great event, well organised as expected . Lots of Gurkas, East Anglians and Paras taking part, not many no hopers in this one. 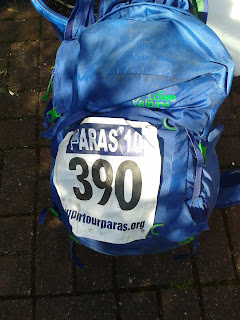 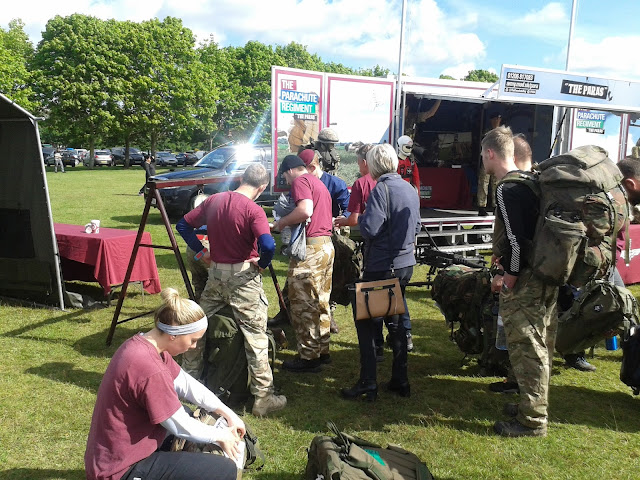 Managed to source some bespoke garden furniture from a large local reservoir. Bloody heavy but make perfect tables, just big enough to take a large glass of red, small plate of cheese and a book. Wunderbar. 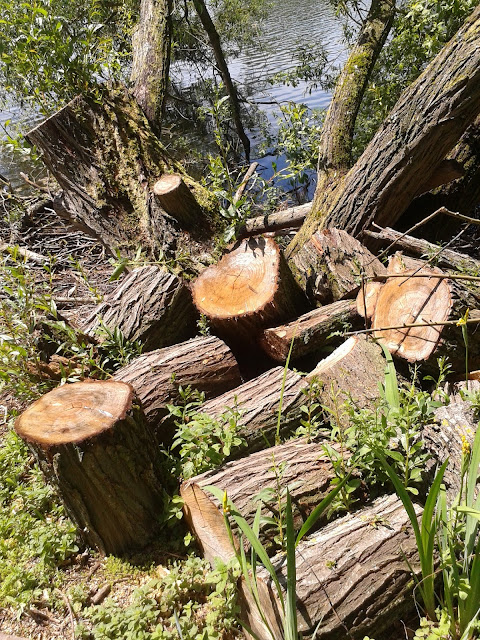 That's me below, did I mention I did the Paras10 ? 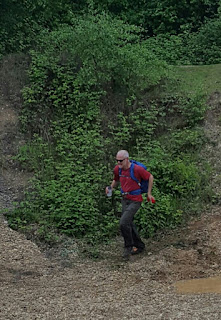 The fish in my "private pit" have been spawning, so I've not been fishing, but have spent time watching and observing. I've told Lord Pualus of Clacton about the water and shown him round, so now have someone to take some photos. He's mega keen too and a fine fellow. 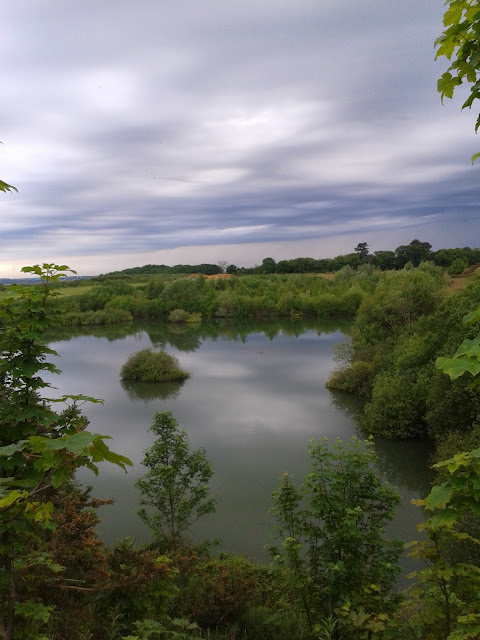 Took The Masonmeister and Young Charles crabbing at the weekend. Like all youngsters, they loved it. That was until Young Charles grazed his knee and then much wailing commenced. Unfortunately, this went on for bloody ages. I even had to finish off his ice cream for him. 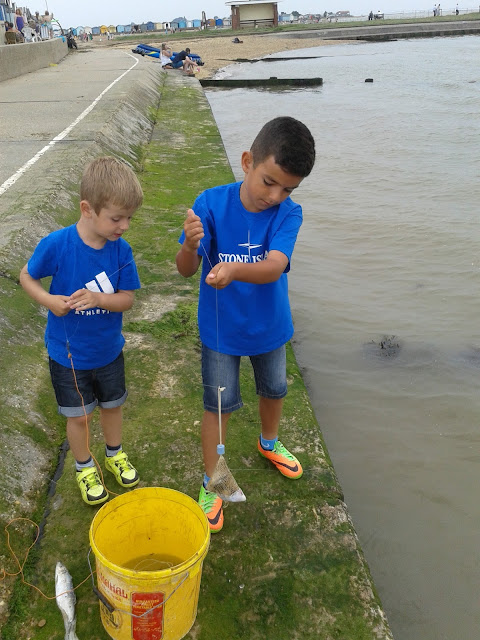 Light for eighteen hours a day, warm and sunny, everything in full bloom. It doesn't get better than now, 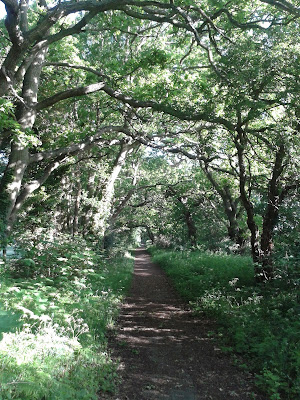 Posted by The Essex Scribbler at 13:57 6 comments:

" Simplicity, simplicity, Simplicity. I say let your affairs be two or three, not hundreds or thousands" 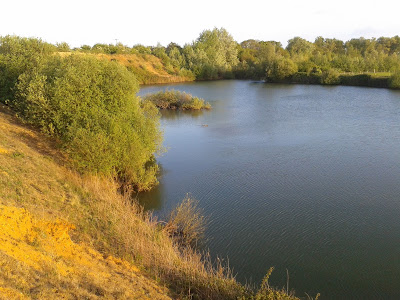 Nice looking water eh ? I've walked past it a few times but never seen any fish, but a few weeks ago I noticed how coloured the water was. Doesn't get coloured without a reason, so I sat down on the bank for an hour and watched. I eventually spotted a very light coloured "ghostie" carp. Then another, then a group of them. Good sized too. Hmm.

There are " Danger - Keep Out" and " No Fishing" signs everywhere, so I jumped over the barbed wire for a snoop round. No sign of anyone ever fishing, very overgrown, steep banks, but a couple of interesting out of the way spots.

The other day, I came back with some bait, selected a swim and chucked some in. Within twenty minutes half a dozen decent sized carp were tails up feeding on the bait.

Alarm clock set for 4.00 the next morning, bait in the water by 4.30 and within five minutes I was in to a decent fish that tore off, making the reel scream and rod hoop round double. A few minutes later a gorgeous looking ghostie type mirror not far short of 20lb was in the net. Nice.


I only fished for a couple of hours, but had five carp and lost two. They all fought like demons. The thirty plus year old Sportex 2lb TC had a real hammering.

As well as the  first fish, I had one nice common around 15lb, a couple of  low double ghostie mirrors and a litlun around 5lb. By 7.00 I was having breakfast.


You won't be surprised to learn that I'm going back for another go soon.


Later the same day I had my first trip of the season down the river bass fishing. Float fishing a few yards out in a couple of feet of water, plenty of schoolie bass were hitting the ragworm almost every cast. Nothing decent but plenty of time yet. 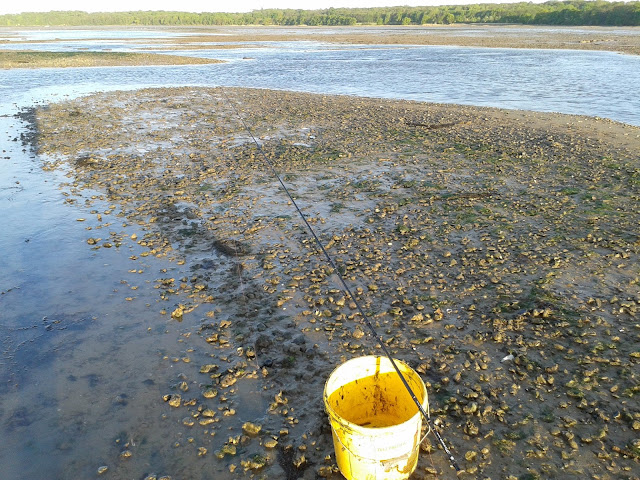 I saw a mate lure fishing the same spot but unusually, on this particular evening, he didn't have a touch. 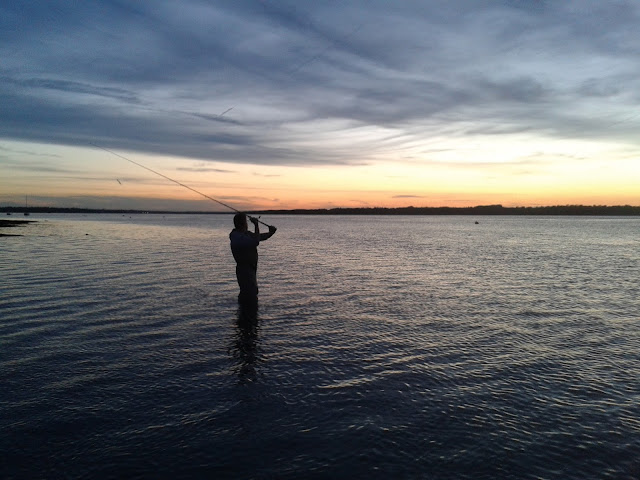 It was a beautiful warm spring evening, we had a good chat and a few fish, what more do you want ?  I'm looking forward to plenty more evenings like that this season. 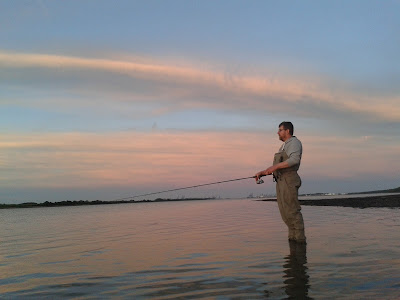 Posted by The Essex Scribbler at 12:26 2 comments:

"Be outspoken but not obnoxious"

Pikeying ? That's a new word.
Pikeying - To search, forage or gather this, that and the other, for free.

Massive tides last week so I went down the beach to see if I could see any gullies,  bait beds, etc.
I love messing around on the beach. Found a large bed of razor clams on a stoney ridge about 120 yards out, which is only exposed a few times a year. 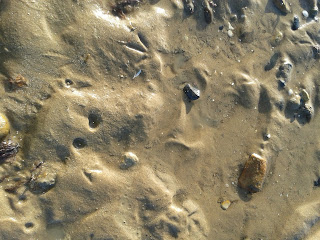 The clams are in the holes you can see on the photo above and squirt water a foot or two upwards as they here you approach. Walk along with a bottle of table salt. pour some down the hole and if you're lucky they'll come up and you can grab them. Got about thirty clams that are now in the freezer for eating soon. 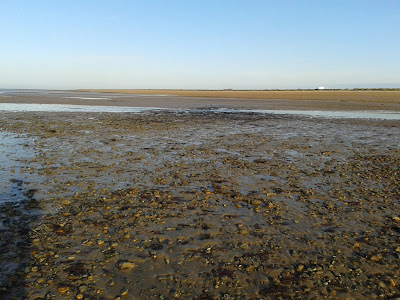 Added bonus of half a dozen leads and it's been a nice early morning on the beach. 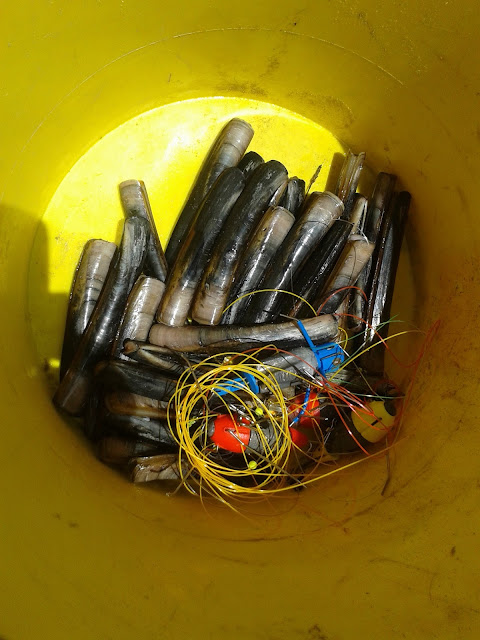 After a couple of half successful Alton sessions I decided that it was time for a float making session. Due to the undertow at the reservoir, you sometimes need a float 15-20 inches long to get below the drift. Lobby came up with a few full size peacock quills and I bodged together some bespoke floats. 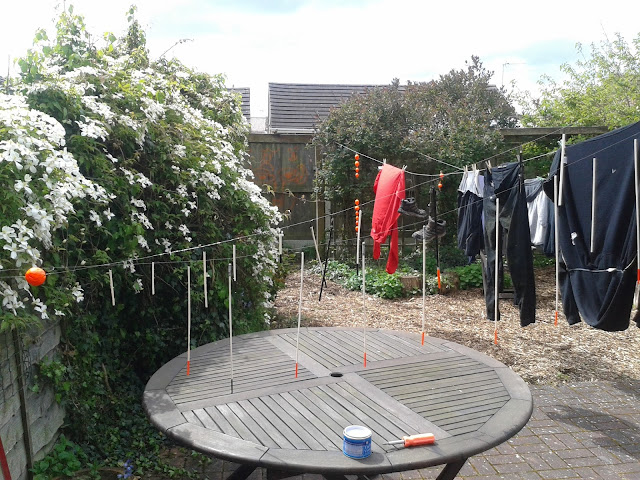 Last weekend a great weekend in the southern Spanish hills with Mr and Mrs Turdster. Bit of walking, cycling and lots of eating and drinking. Wunderbar. 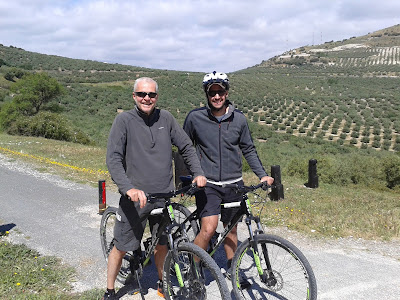 Posted by The Essex Scribbler at 00:35 3 comments: