Sea fishing locally this summer has been poor, so we've been hoping we'd get a run of codling this autumn. Unfortunately, they appear to be as rare as rocking horse shite. What to do ?

However, over the past week or two there have been a reasonable number of rays being caught off the piers. Normally when this is the case our ( not so ) secret roker spot is loaded with them.

That being the case, me and Norfolk Bob arranged for a shortish afternoon session. Conditions were perfect, a coloured sea and a northerly wind, which at this mark results in a calm sea.

NB arrived early and by the time I turned up he was on ray number four. 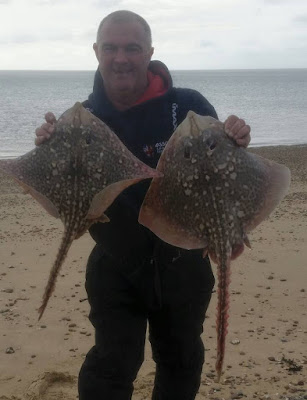 My first two casts resulted in fish, certainly a good start. Things eased up, but throughout the afternoon waves of fish came through, mostly in the 4-8lb range.

I then hooked something that felt bigger and called NB. We expected to see a double figure ray, but instead were greeted with the sight of a double shot of five pounders. Oh well, can't complain. 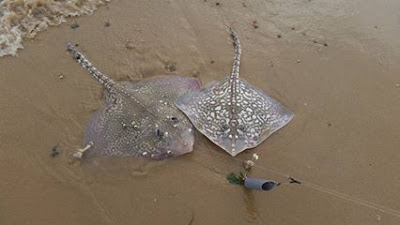 Just before high tide the rod tip sprang back and I pulled into what I hoped this time really was a bigger fish. It did what ray do, plodded around a bit and in a short a while a real clonker hit the shingle. 12lb 4oz. Happy days. 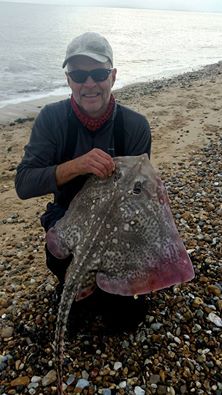 I ended up with 16 and NB 17, so a cracking afternoon. We both took only three fish home, not because of conservation concerns, but for the fact that it's difficult to carry any more back a mile across the shingle. Unless you have a wheel barrow.......

I've been fishing the "large Suffolk stillwater" over the past month, with reasonable success. First proper session was with Wak Baines. We roach fished and caught a good few, with Wak having a couple of jack pike too. A good start. 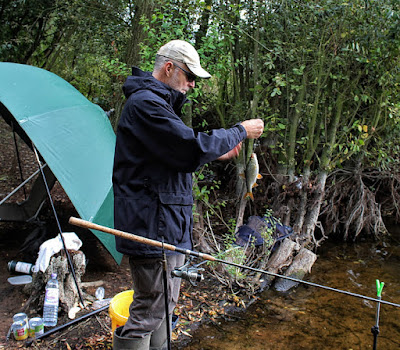 At the moment the ressie is stuffed full of roach, most 4-8 oz, but plenty of bigger fish too. A few bream and the odd tench showing too. I managed to jam a nice tench of 6lb 15oz when float fishing for the roach. Fun on 2lb line. Real brute it was. 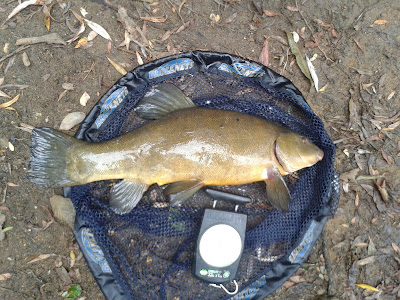 My first piking session resulted in a nice fish of 14lb, before I got hungry and cleared off early. 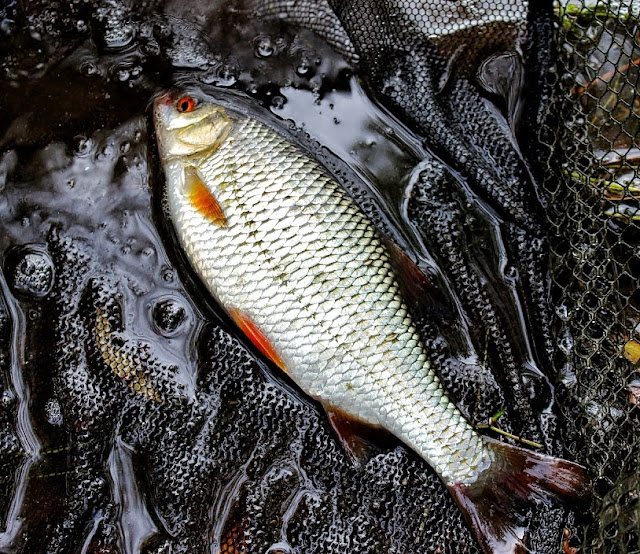 I did manage to get caught in the only rain we've had for three months..... 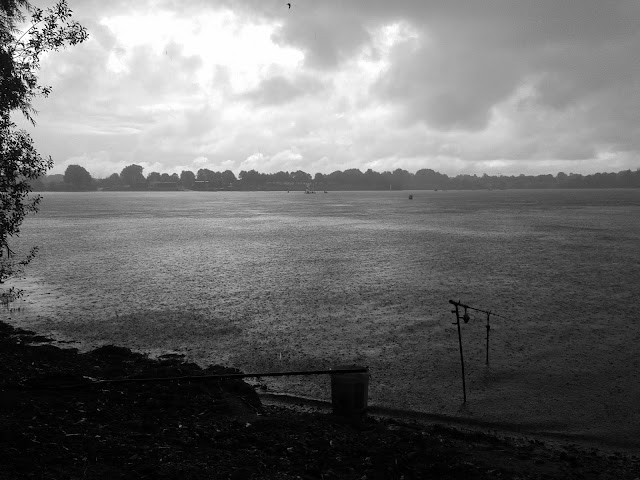 Last weekend Wak was back and after a late start we had four pike between us, plus a few missed and lost. Wak had the biggest, a corker just short of 14lb. 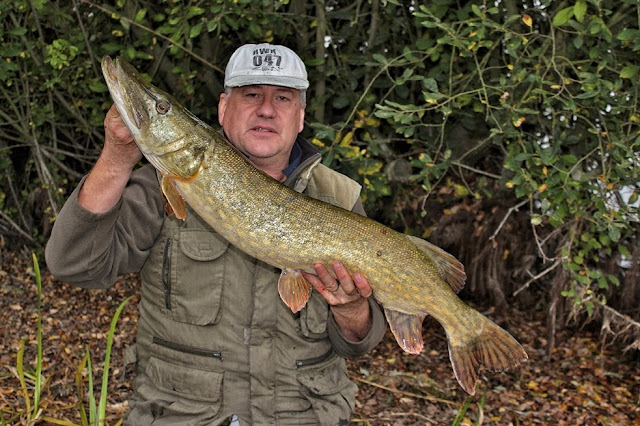 A lovely autumn day, lots of piss taking and a few fish, lovely. 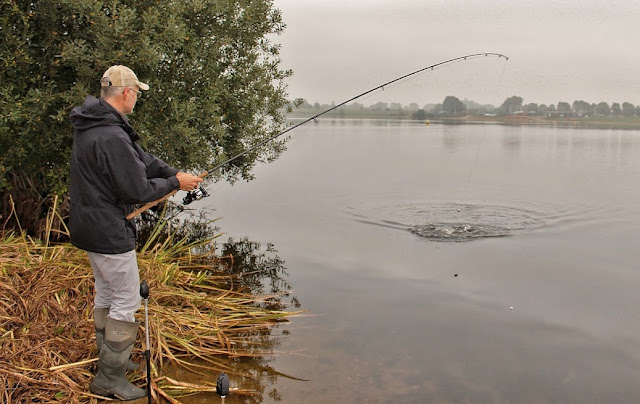 To finish the day off, an old face from the past turned up. Mr Colin Abbott was totally unrecognisable, as I'm sure, we were to him ( point of order Mrs TT. Grammatically, is that sentence shite ? )  We had a good chat and he seems keen to join us next time. Good 'ol boy. 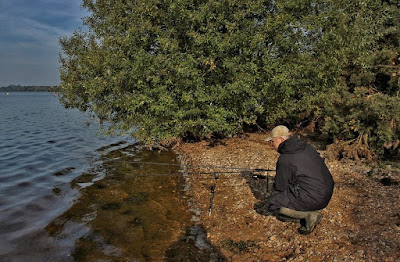 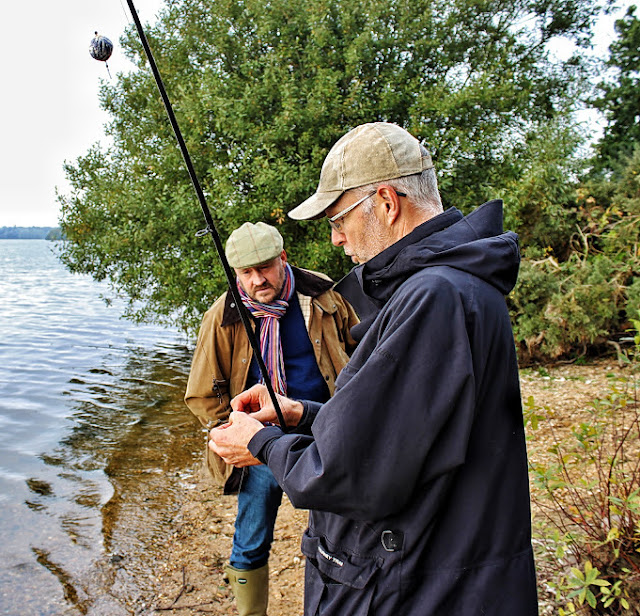 Sorry, bit of a boring write up. Bit lacking in inspiration. Must try harder next time.

Toodle pip.
Posted by The Essex Scribbler at 13:00 7 comments: