After missing the South Devon Coastal Marathon in February due to the massive storms, I was looking forward to the Colchester Half Marathon, along with three other Boners, Rumble Dog, Will Howe and Slap Heeeeed Quinlan.

The day dawned with clear blue skies and a light breeze, better weather than you could reasonably hope for in mid March. Along with two and a half thousand other people we set off  at 9 from Colchester Utd statdium, in a roughly circular tour of the town and out nothwards towards Langham. 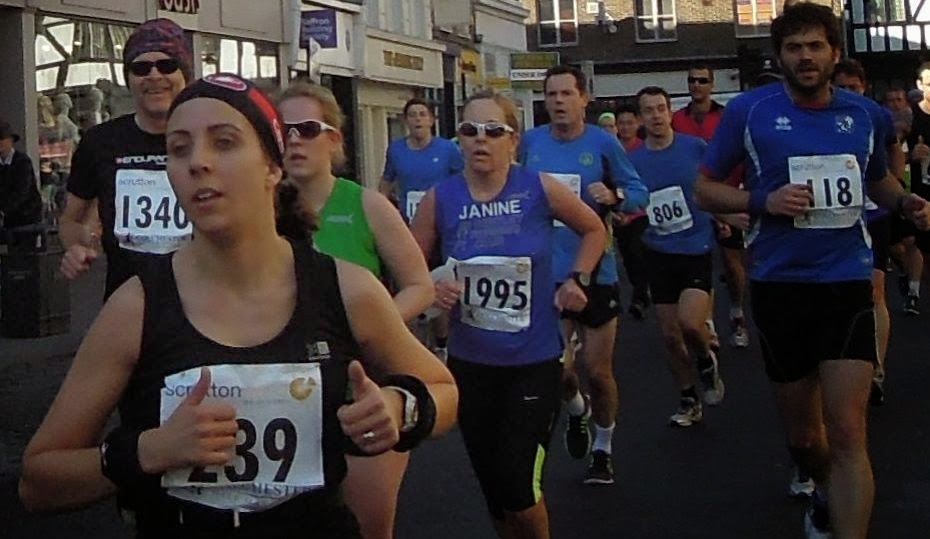 I was surprised at the numbers of people who turned out to watch, there were loads, everywhere. The Mighty Ruddski was spotted cheering, having taken up a strategic position 10 yards from The Shepherd and Dog pub. 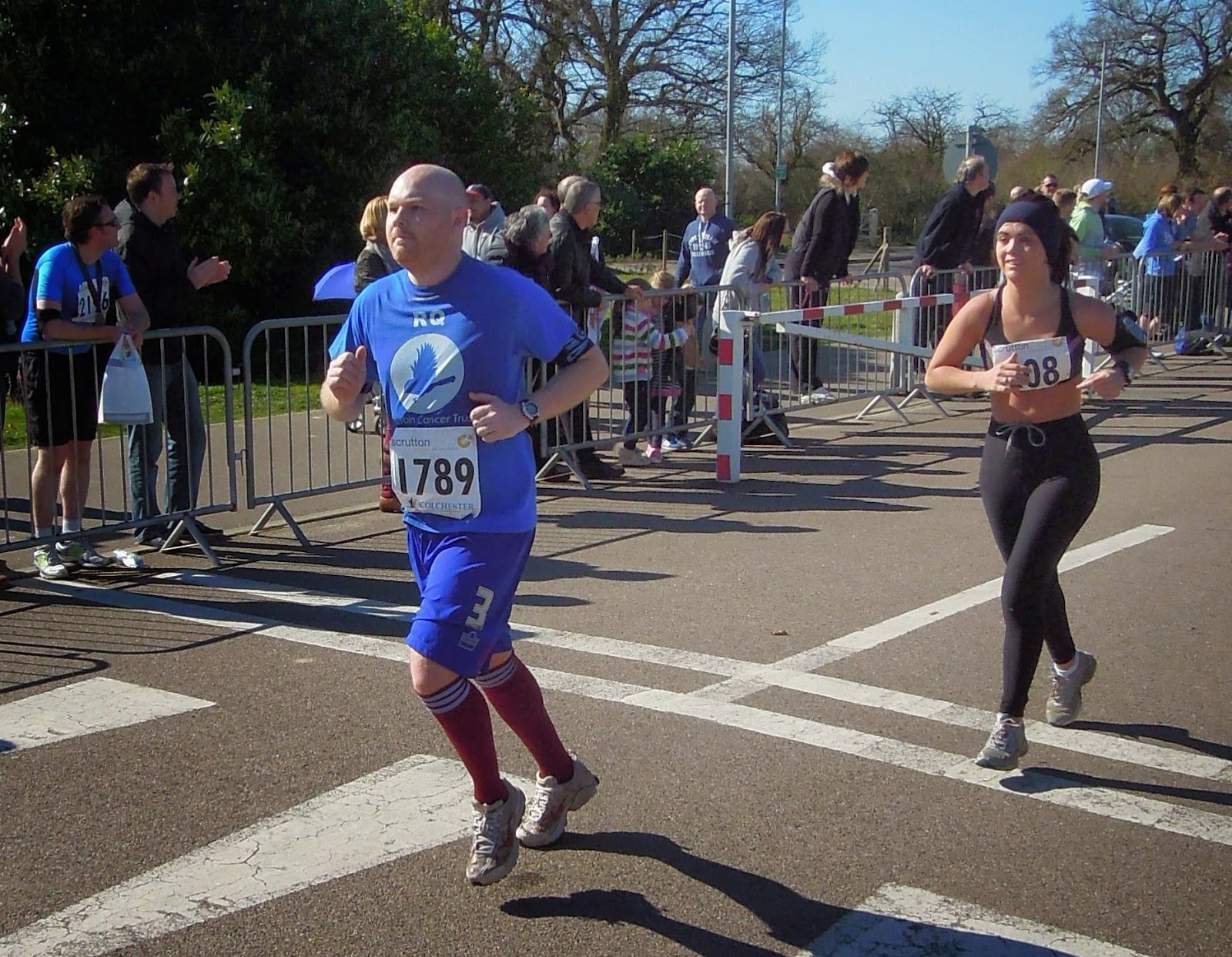 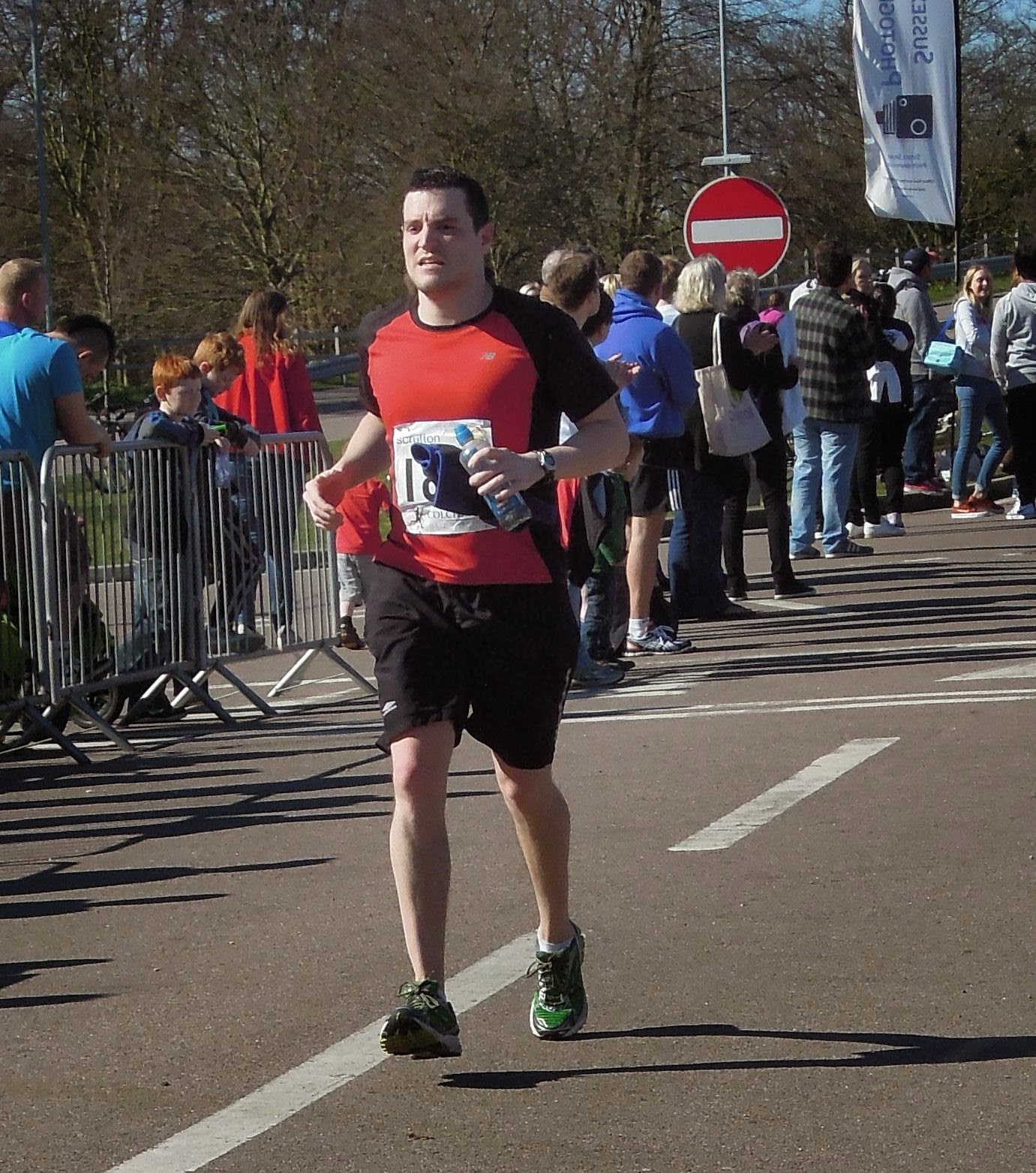 What can you say about a 13 mile road race in which you didn't get injured, fall over or get knocked down by a car. Not much. For me, everything went well and I was well pleased with a time of 1:41.09. 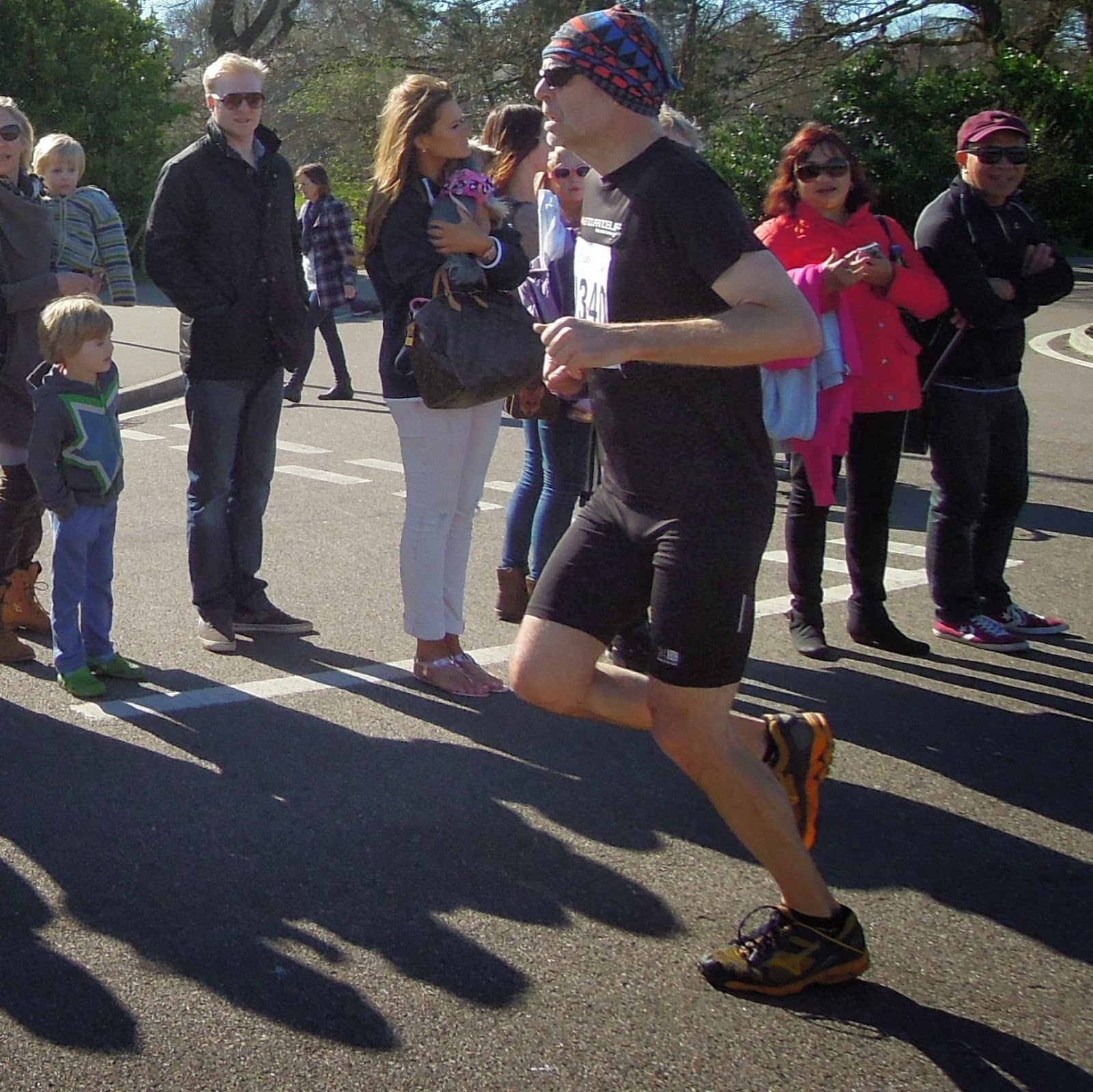 Will was not far behind, followed by Rumble Dog and Slap Heeeeeeed who came in together with almost identical times. Special pat on the back for Slap Heeeed, who completed it without any training. 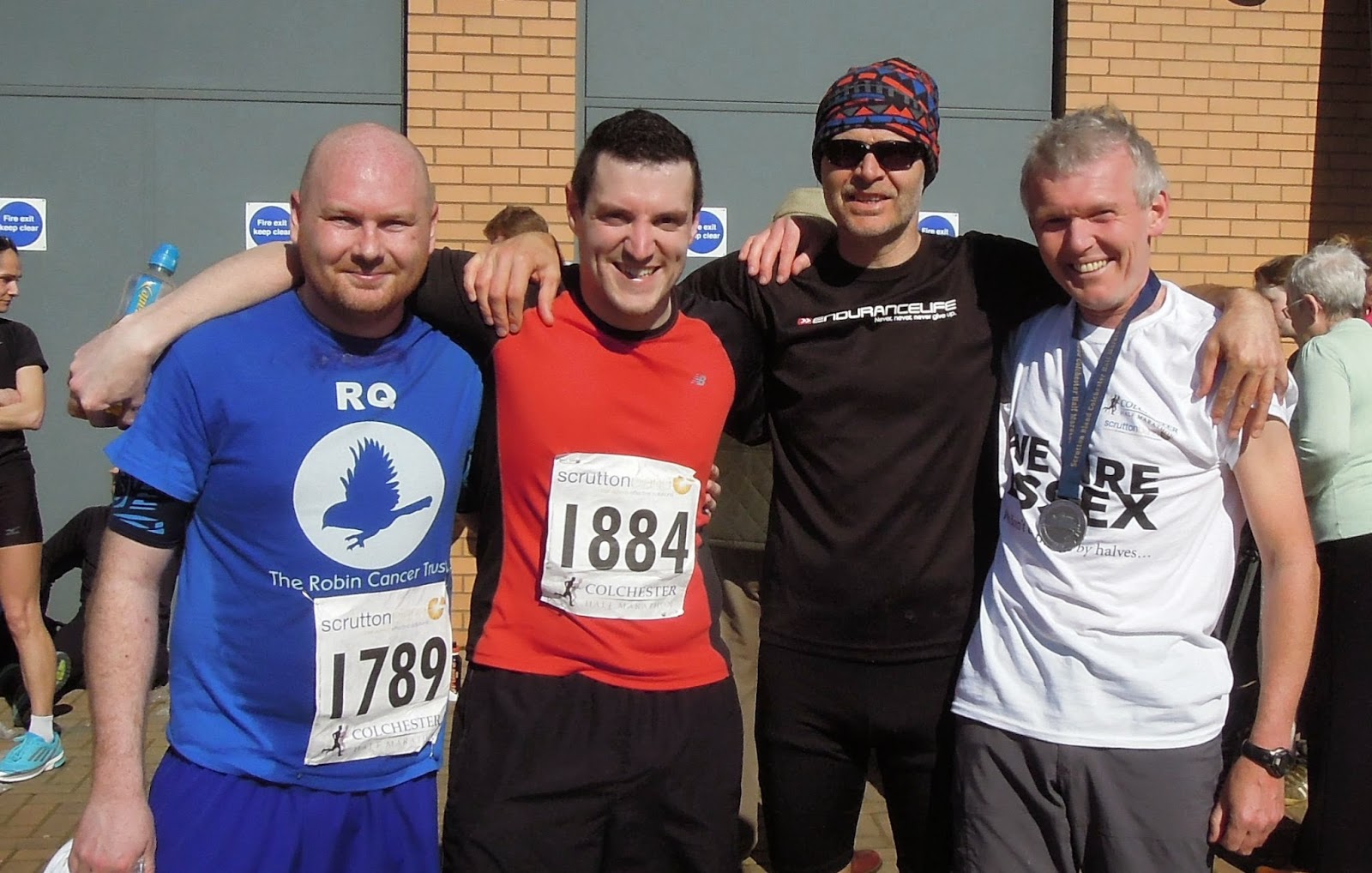 Me and Bong then went to Lucca's in Manningtree where I tucked into a posh pizza and a pint, sitting outside in the sun. Bloody lovely. The icing on the cake was when I had the pleasure of watching Man Utd get destroyed 3-0 by Liverpool. Truly a perfect day.

I've just read the above write up back to myself and apologise for making a great event seem so fecking dull, but quite frankly I can't be arsed to re write it. I'll do a better job next time.