The Same But Different

I've fished the river for thirty years on and off. Mostly on. This year, having only re started in January, I'm restricted to one free stretch, as I'm not a member of any clubs.

As it happens, this stretch is not one I've fished much before. It's deepish and slow. Very slow if not static in the summer. 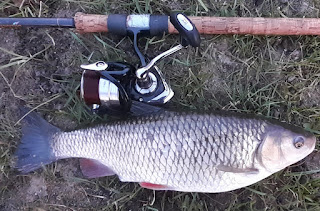 I never rated it much for chub, though I had a few out many years ago.

However, after catching that big one last trip, I decided to give it a proper go and it turned out to be decent fishing with good numbers of fish between two and three pounds. Not massive, but fun nevertheless. 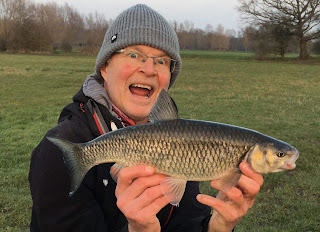 Agreed, I look a gumby in that photo.

Chub are a fish that, if you get things right, you'll almost certainly catch them.

Don't scare them with your approach, put the bait in exactly the right spot, understand that your best chance is on the first cast and it's easy. 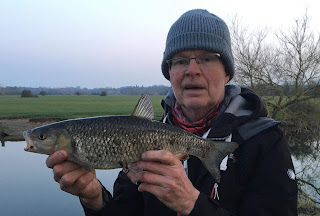 But as with many things it's not always easy to do the simple things right. Which is why I've ended up tangled in far bank trees, bumped fish off on the strike and missed too many bites.

But no matter, I've caught enough and am re learning how not to cock things up. It's bloody great fun.

I've had two or three fish out every evening, just fishing around dusk, the golden hour to be sure. Especially in the clear conditions that prevail at the moment. Lots of people blanking in the middle of day re enforces that belief.

I've also had some more pike out on this stretch, so things are going well at the moment.

It turns out that stories that the river was finished, due to otters, cormorants and nasty foreigners are not true.

It has changed of course. Next to no carp, the already tiny numbers of (introduced) barbel now practically zero, but roach, dace, perch and chub numbers seem to be on the up.

So, it's as it was, in that there's good fishing available if you make the effort, but possibly with different species.

Nothing stays the same forever.

Posted by The Essex Scribbler at 02:49 2 comments: 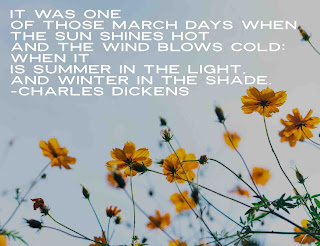 The hunger ? Yes, that fire in your belly, bordering on obsession when you've got to fish whenever the opportunity presents itself.

Until I mentioned the words "species hunt" to Cocksy in January I didn't really have much enthusiasm for freshwater fishing, the salt water stuff had taken over almost entirely.

I'd almost forgotten what it was like trotting a float down a winter river or watching an orange pike float bob before slipping away or seeing a chub pull the quiver round as dusk settles on the river.

Almost forgotten, but not quite and now I've got that huge hunger back for it. Well, for everything really. The fact it's spring helps too.

I wandered along a beautiful little stream running through a wood the other day, dead quiet apart from birdsong. 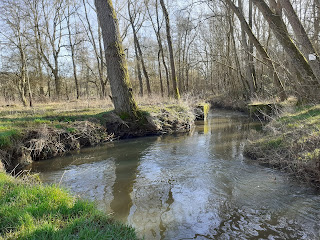 It's full of wild brown trout in stunning condition, with a few dace, roach and chub thrown in too. Oh and loads of minnows.

I was actually after gudgeon and ruffe for the species hunt, but they have so far remained elusive. I'll just have to have another go, eh ?

Little nine foot rod and a bobber float with maggots or worms trotted down the stream resulted in trout, roach, minnows and little chub, lovely bit of fishing.

I've had a couple pike sessions with The Mighty Turdster on the river too and had fish on the last three occasions. Only short sessions but good sport with fish 5-10lb.

Whist piking, I've seen several big swirls near the snags which I didn't think were pike, so one evening went back with the quiver rod to see if I could catch the culprit.

Well, I was actually hoping for a ruffe ( yes, again ), so fished quite light with a cage feeder and 16 hook to 2lb line. Worm and maggots were tried with only a few small roach the result and surprising at dusk it went totally dead.

I thought I'd have one cast with a big bit of bread to see if there was a chub about. Thankfully I changed to heavier gear and half a minute later I was into a much bigger fish which turned out to be a real brute of a chub. 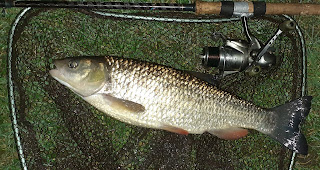 Well chuffed with that.
I'm going back for a proper session this evening.
Hungry bastard.
Love it.