Dunwich Off Road Half Marathon

Despite my best efforts I couldn't persuade any of the Boners to join me in the Dunwich Half Marathon, 13.3 miles of trail running across marsh, beach and woods in deepest Suffolk.

Manc Migit said he'd used up his yearly allowance of fun (actually I think it was Mandi who told him that ) and said he wouldn't be partaking in any physical activities until 2014. Norbert is busy working on his new house and The Silent Assassin was unavailable as he plays football on Saturdays.

So it was just me, undisputed Gang Leader, yet again "Rolling Back The Years" ( this is my new catch phrase that I will hammer home at every opportunity ), escorted by Lady Bong, who came along for moral support and as official photographer.

We were lucky with the weather, which was very mild, mostly sunny and very windy. There was a big turnout, the event being completly sold out. It comprised of a 10K, a full marathon and an Ultra (33 miles), in addition to the half marathon. 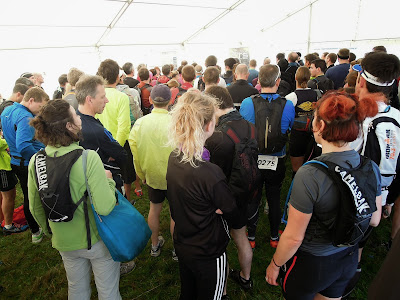 After registering we were ready to go and almost as soon as we started we were delayed as a single width footbridge caused a bottleneck as dozens of people tried to squeeze through at the same time.

Things improved as the field quickly spread out, the first few miles being along a wooded track, and through Walberswick marshes. Things got a bit tougher just before we reached the river at Walberswick, where we ran along the strength sapping sandy beach.

We then made our way along the western edge of the marshes where it became muddy and very difficult to keep up a decent pace and in some spots, to even keep on your feet. In one place a couple of blokes were trying avoid a massive muddy puddle by shuffling around the outside, trying not to get wet and muddy, taking ages. What a couple of soft ponces I thought, as I ploughed straight through the middle of it, losing my footing and going arse over head before crashing into a tree. If someone is going to make a tit of themselves it's always me, I'm very reliable in that way.

From about the nine mile mark the surface improved and for the most part we were running along much drier tracks through the woods which made things easier. I was in a bit of pain for the last few miles but was pleased with the 1:56:49 finish.

Chief photographer Lady Bong was in position at the finishing line to capture my moment of glory but somehow failed to spot me so no action shots were taken. 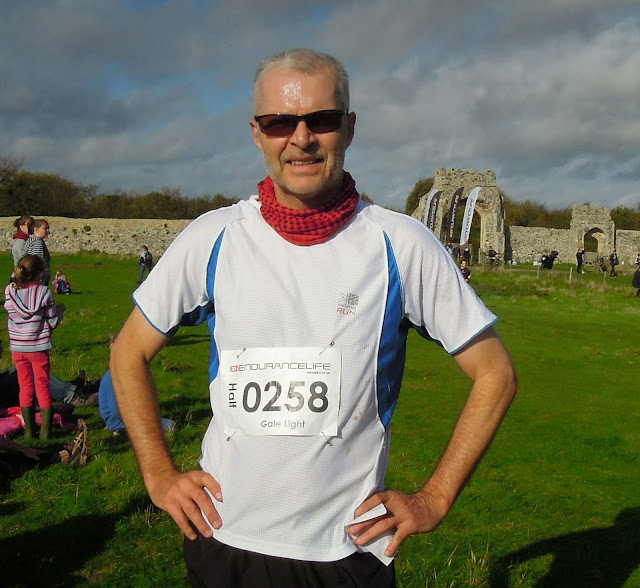 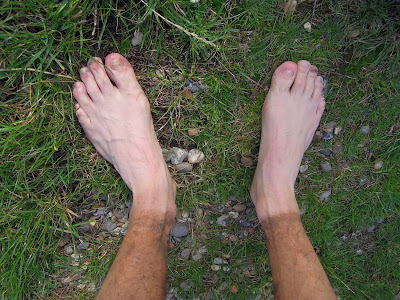 We then retired to The Crown in Westleton when I have to say the pint went down rather well. A very enjoyable day.


Posted by The Essex Scribbler at 02:26 No comments:

After a brief hiatus (look it up), The Strolling Bones are back. Sort of. The very beginnings of the 2014 challenge(s) are being discussed. This time Ruddski is hoping that no accidents prevent him not only organising, but participating fully to the very end. Mad dogs notwithstanding.

Although The Silent Assassin suffered the trauma of being forcibly withdrawn ( stop sniggering at the back Slowgrove ) at 80 km in Trailtrekker, he seems keen to be involved in any of the suggestions raised so far.

Talking of Norbert Slowgrove, I think he may have been permanently harmed by his, admittedly unpleasant, finale to the Trailtrekker in June, as whenever a prospective challenge is discussed, after initial enthusiasm, he says he's not up for it because "it's too hard". C'mon man, it's only pain.

The Manc Midgit will be up for anything he's told to do, as "I'm a private, not an Officer", as he never tires of telling us. Well, he'll do anything Mandi lets him..

That leaves The FISH and Hamish. Time will tell whether they will be taking part or in the Support Team. I think The FISH will be up for a cycling trip, if he can drag himself from the DIY.

Anyway, in the mean time, The Mighty Ruddski and myself enjoyed probably the last weekend of really warm, sunny weather this year, in a 50 mile bike ride around the Suffolk countryside yesterday. The first 30 odd miles was enjoyable, with quiet roads, good scenery and bright sunshine. The last 20 were less fun, being on busier roads, but a decent ride nonetheless. 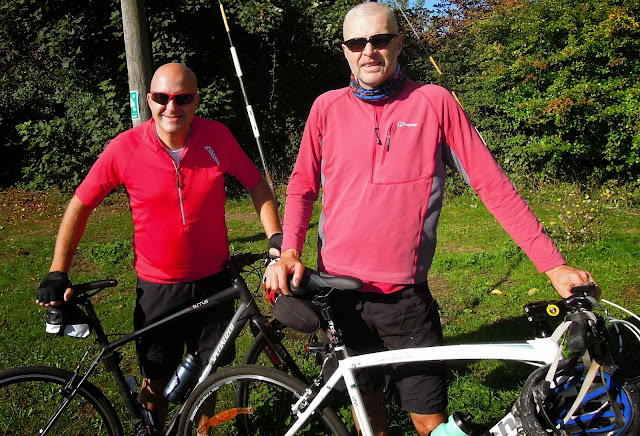 Posted by The Essex Scribbler at 12:11 No comments: