Too Good To Be True

After last night's successful bait digging / fishing session, the following evening I thought I'd give it another go. Same thing happened, plenty of bait and another two decent bass. A day later.....well, you know the rest.
I was speaking to a bloke who is on the marsh every day and he mentioned that he had yet to see the dreaded netters at work this season. Great, I thought, that makes a change. Probably why the bassing was so good. In those four sessions totalling about three hours I had eight decent bass, five between 2.5lb and 3.5lb. Good fishing. 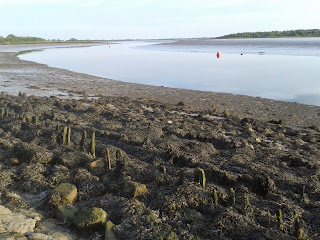 A day later and, surprise, surprise, the tosspots have nets all over the river. I had a couple of small ones and went home in disgust. 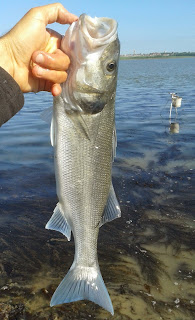 How they're allowed to net this far up the river in what is essentially a nursery area I'll never know. 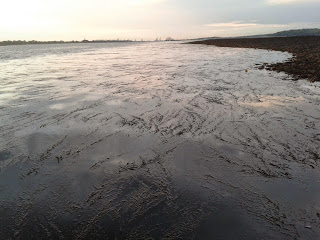 Oh well, you just have to make hay while the sun shines. 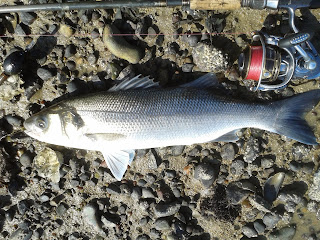 Posted by The Essex Scribbler at 10:59 6 comments:

" Bit of Weather about Boy " 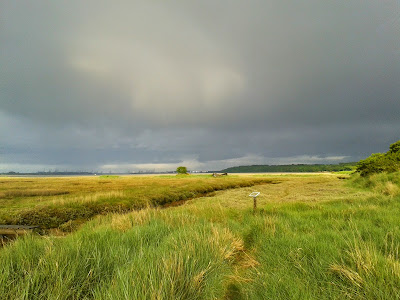 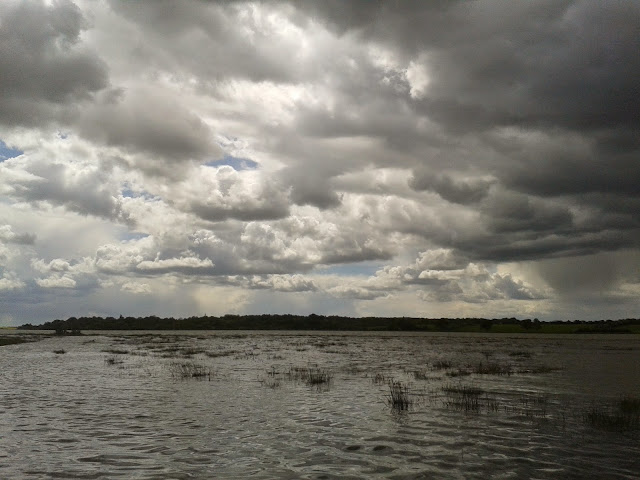 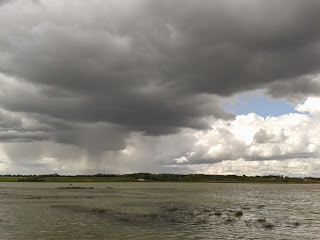 Didn't get wet feet today though and caught a chunky bass. 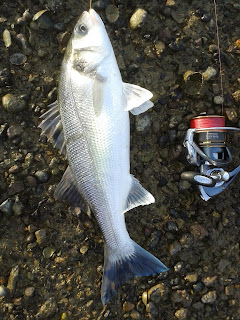 Posted by The Essex Scribbler at 22:56 2 comments:

And Now For Something Completely Different......


An hour bait digging, three quarters of an hour fishing, just to see if any bass have arrived yet. Quickly had two fish, best one pushing 3lb. It's easy, this fishing lark, when you're on a roll.
Forgot I'd only got wellies, not chest waders, and as the tide came flooding in over the mud flats, I got two very wet feet. I squelched up the track, the scents of spring in my nostrils, thinking of the summer ahead.
Posted by The Essex Scribbler at 01:24 No comments:

What drives this madness ? Last Sunday, high water was 4.30 am. Any sane person wouldn't consider fishing that tide. "What time are you starting" I said to Conc. "Midnight" he replied. That's ridiculous I thought. So I set the alarm for 12.15 and managed three quarters of an hours sleep before it was time to go.
Ryanski, a non fishing mate, surprised me by asking to come along, as he was keen to catch his own tea. He's a catch it, kill it, cook it, type of bloke.
We arrived at our chosen spot at 1.30, by which time Conc had already had four skate. It was looking like it might be a good night.
It was beautifully mild and a crescent shaped moon radiated a Mars like orange glow over a calm north sea. As soon as the rods were out the rod tips were nodding, as a stream of skate, dogfish and whiting hit the shingle.
Around 3.30 the first hint of dawn showed in the eastern sky and the first skylarks started calling. You remember great times like this in January, when it's freezing cold and there's darkness for sixteen hours.
We ended up with over twenty skate between us, a really good night. To cap it off , we retired round my house to feast on  bacon and sausage butties and fresh coffee. As Conc said, " What a civilised way to end a fishing trip ". 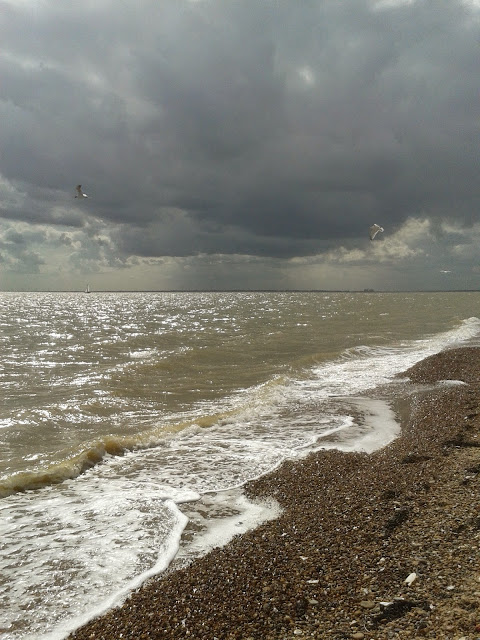 A week later and it was time for the 2015 Colne Irregulars Roker Match, an invite only event contested by some of north Essex's ( is the apostrophe in the right place Mak Baines ? ) wierdest anglers. To be precise, me, Turdster, The Whittler, Krakov, Lord Conc of Weeley, Conc's mate Paul and the legendary, though rarely seen, Blak Dog.

The match kicked off at 19.00 and an hour later Conc had landed five skate to 4lb before anyone else had had a touch. Luck ? No one is that "lucky". As Gary Player said " The harder I try, the luckier I get ".
As  it was a "Biggest Fish Wins" match, everyone was still in with a shout. Then Whittler had one of 5lb and minutes later I had a bigger one of 7lb 8oz. Just as I started gloating, Krakov took the lead with an 8 pounder. By this time everyone was catching, except Turdster, who disgraced himself by catching only whiting.

The match finished at 23.00, when Conc served home made lemon cake and Krakov was presented with a beautiful hand made cardboard skate trophy ( with the tail stuck together with duct tape - no expense spared ).
Another enjoyable session with some of Essex's finest.

Posted by The Essex Scribbler at 12:35 3 comments:

It's in, and my luck is most certainly in. But fill yer boots while you can, because luck like this can't last.

Another drop in the wild, windy weather today and I'm off for a few hours down the beach. Half an hour after starting, I hook into a very heavy fish that tears line off the reel. To fast for a roker, too steady and weighty for a bass. Ten minutes later an absolute brute of a sting ray thrashes on the surface and I steadily guide it in, legs a shakin' and bum a twitchin'. 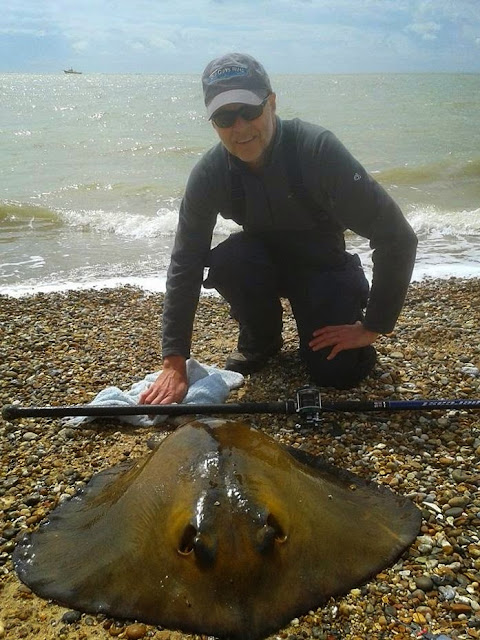 Whilst trying to avoid it's barbed tail, which was being whipped about angrily, I tried picking it up to try and weigh it. No chance. Too heavy and too slippery.

I settled for taking a few photos and getting it back in the water safely. I estimate it was around 50lb, a figure that Lord Conc of Weeley also arrived at. Fookin' monstrous.

I had a couple of roker at the top of the tide and went home early, chuffed to bits. 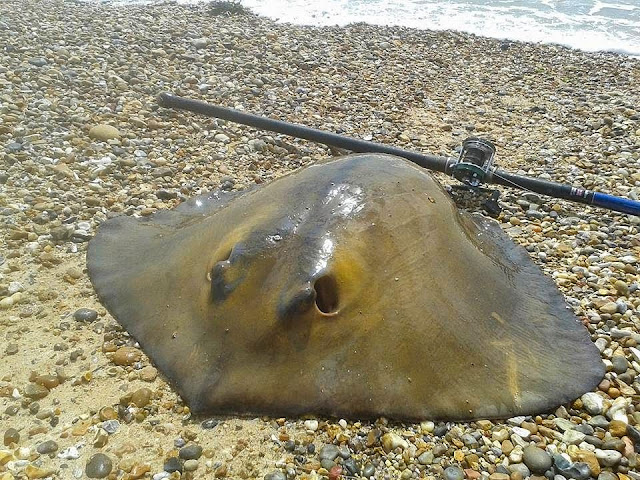 Posted by The Essex Scribbler at 12:56 2 comments: 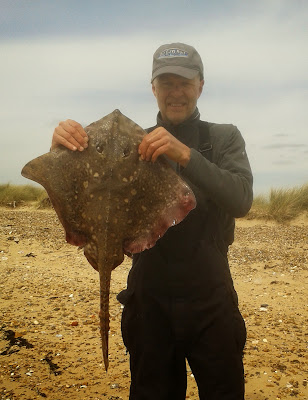 Caught this clonker of 13lb the other day, lovely. Some great fishing at the moment. Further up in Suffolk and Norfolk, some big bass and smoothies were caught over the weekend. Get yer sea rods out Bainsy boy.

Some very weird goings on in the sand dunes behind where I was fishing, not only blokes this time, a few woman as well. This might be enough to get Poodle Riley to move back to Essex to join in the action. Not sure age limits apply though

Posted by The Essex Scribbler at 02:16 2 comments:

The Time Is Now

My favourite time of year I think. Spring in full flow, bluebells out everywhere, bass showing, warm enough for shorts and T shirt ( well, some of the time )

I admit it, I did go fishing once this week ( might have been twice ). Had a few more you-know-whats. And no, I'm not bored of catching them. I remember the years when you caught next to nothing every session, so I'm filling my boots ( and the freezer ). 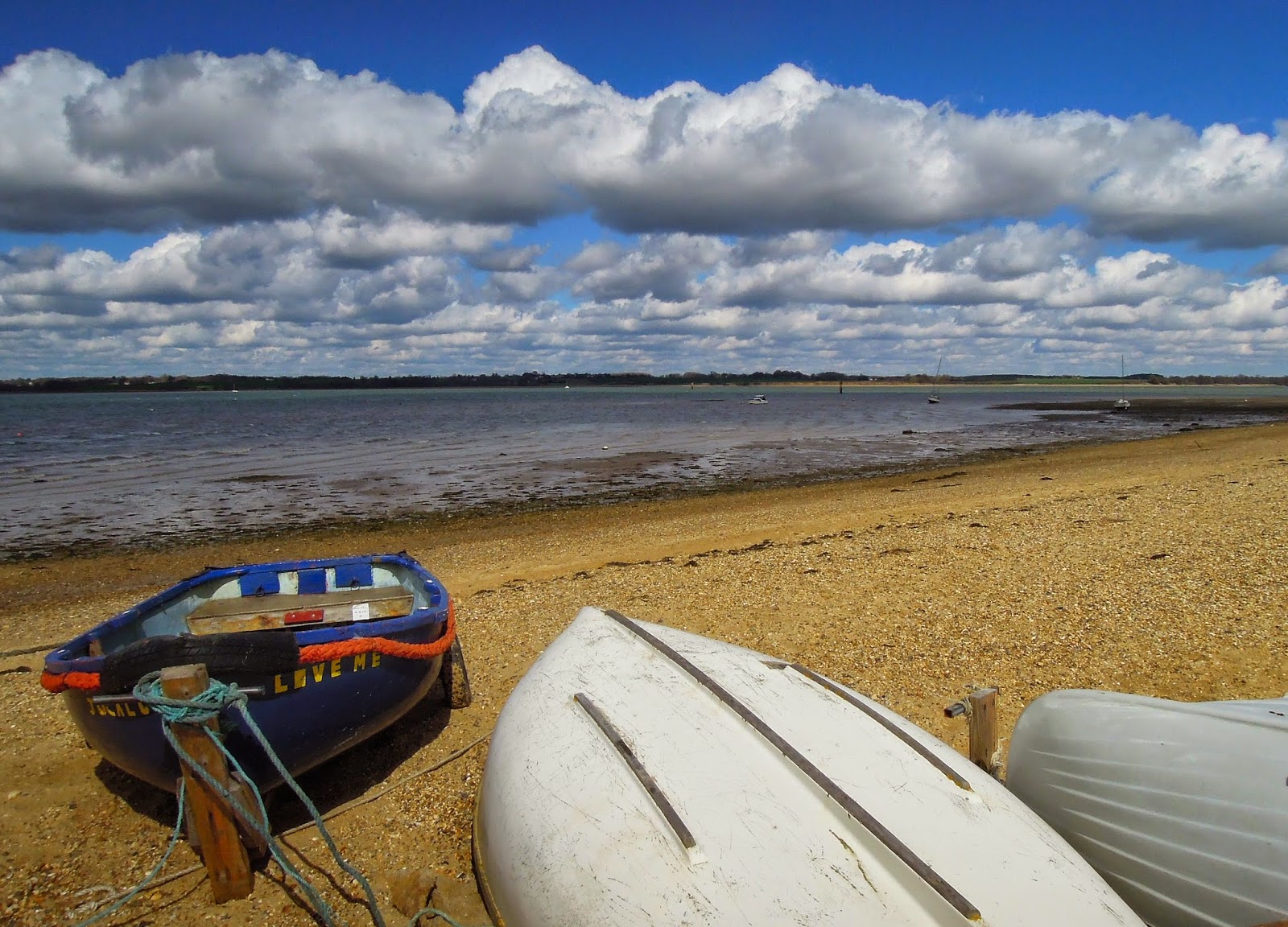 As the man said "Don't forget to smell the flowers along the way".
Posted by The Essex Scribbler at 12:31 4 comments: