Back for another go at the "big pond". This time in a completely different area. 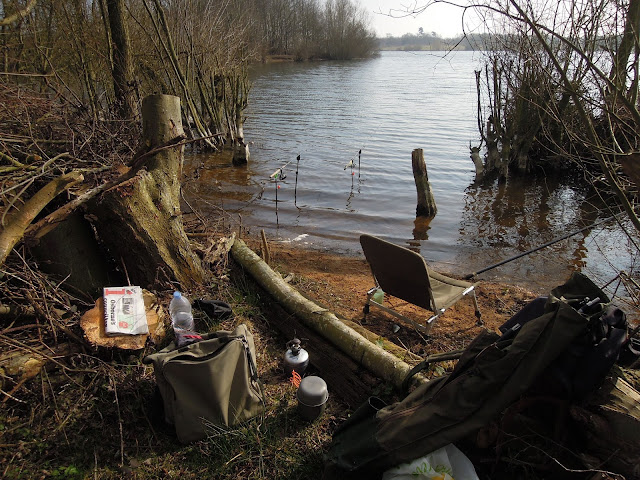 Same kind of day as yesterday, sunny, mild, blumin' lovely. Groundhog day in fact.....apart from the fact that I managed to catch a decent lump which weighed in at 14lb. Very welcome. 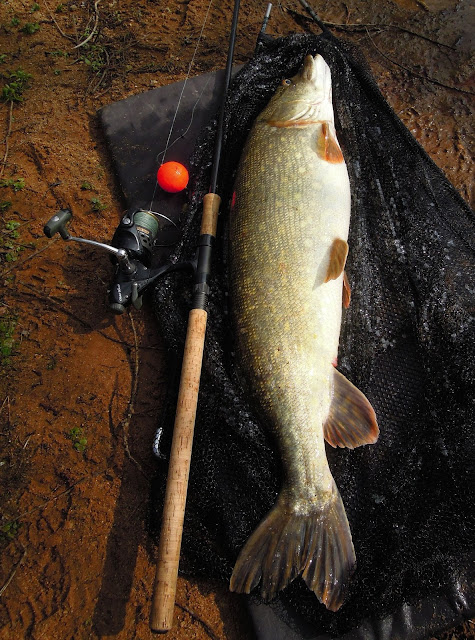 Huge flocks of finches on the surrounding birch trees all day and just before I left, a flock of about seventy fieldfares landed in the trees high above me, chacking and chucking to themselves. They'll be off north soon

Another enjoyable day spent outdoors soaking up the rays. More of the same please.
Posted by The Essex Scribbler at 09:45 1 comment:

"Spring won't let me stay in the house any longer ! I must get out and breathe deeply again "
Gustav Mahler

Me too Gustav. Spent a beautiful day piking in bright sunshine today. Three rods set up and cast out, kettle on, newspaper at the ready. Tea was drunk, then another, the paper was read. All was quiet. 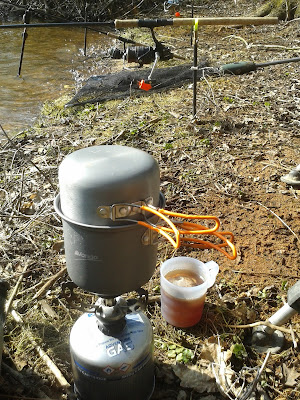 It was warm, with barely a ripple on the water. Loads of birds about, grebes, long tailed tits, wrens, robins, various ducks, a pair of buzzards, a kingfisher. All enjoying the weather.

I stretched out on the unhooking mat and nodded off for a while, then drank yet more tea. Still the rods remained motionless. The church bells chimed midday. Then one o clock. Still nothing. 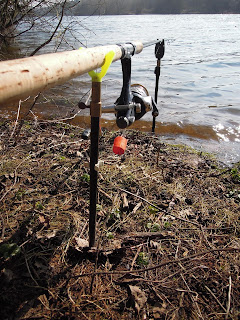 I packed up shortly afterwards. An enjoyable blank. Spent the afternoon running around the reservor, stopping every now and then to check out new spots. A lovely spring day.

Posted by The Essex Scribbler at 10:31 4 comments:

Mak Baines is too keen for his own good. Freezing cold, hard frost, bitter northerly wind and he drives two hours to sit with me drinking tea and freezing our dooh dahs off at a rather large "pond" in Suffolk.

He was rewarded with a corker of 16lb though, absolutely cracking fish in lovely condition. 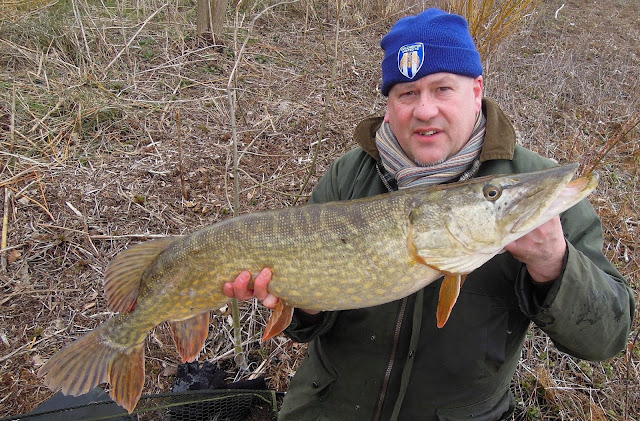 Unfortunately, that as the only run we had. I'll have a go later in the week.

The Pike Police
Donald Trump - Are there enough Americans stupid enough to make him President ?
Wetherspoons - A good value, no nonsense pub chain ( Mak says ) or generic chavvy poop hole ( I say  )
Refugee crisis (again and not resolved).
Equality of opportunity, leading on to.....
Public Schools ( ban them).
Where the feck are my drop offs ?
Tescos ( bland, boring ).
Louis Van Gaal ( pompous helmet ).
Steve McClarran....why the inappropriate grinning and ridiculous haircut ?
Adam Johnson and the Age of Consent, leading to....
What footballers do in their spare time ?
Leicester, can they do it ?

Posted by The Essex Scribbler at 11:39 6 comments: