Posted by The Essex Scribbler at 08:11 No comments:

Saw Bo Ningen and Savages in Cambridge on Friday. I can honestly say I've not seen anything like Bo Ningen before. The entire audience stood there with their mouths wide open as they watched twenty minutes of mayham, finishing off with a bass guitar being trashed. It was great, but twenty minutes was enough.
Savages were fanfeckingtastic. Jenny Beth is a great front women and...well see for yourself if you get the chance.


I'm enjoying the football at the moment too, especially the shower below..... 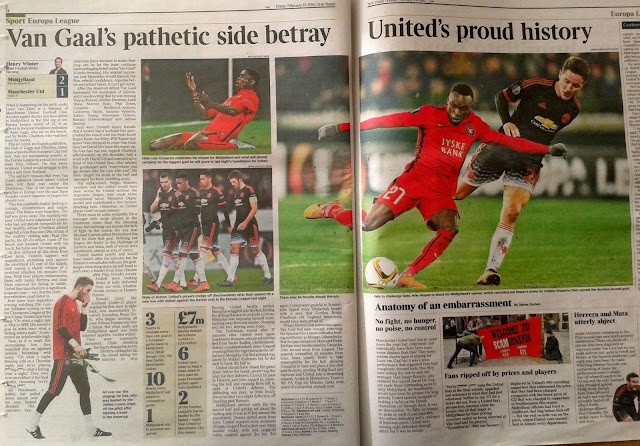 Some graffiti spotted in London last week. One in the, erm, eye, for Britain's most pompous vegan. I snigger every time I see it. 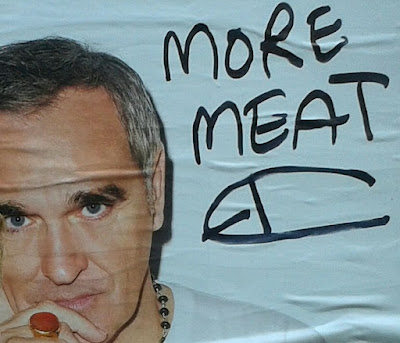 Check out the latest Alternative TV album, "Opposing Forces". Their best yet I think and they've been going since 1977. A fearsome, manacing record, not bad for a load of fifty somethings. Top work. 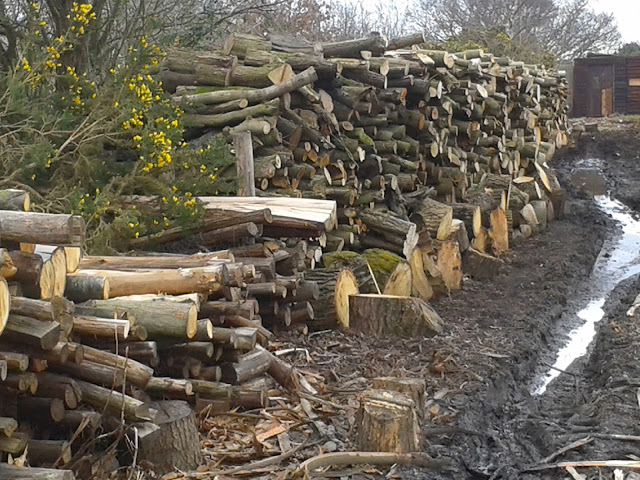 Piking later this week hopefully, if the weather forecast is right. Toodle Pip.

First day of February, it's 6 am and I'm heading east to a village into the bleak, watery centre of Fenland, for a pike session with TT and Wak. Gradually, the landscape changes, eventually morphing into a treeless sea of black fields. Deeper, deeper, into the heart of darkness.

TT's directions proved faultless and in the last few hundred yards of the journey I'm counting down the numbers to his house. I turn left into a huge gravel drive to be met, not by the expected servants and gardeners, but by TT, standing like the Lord of the Manor that he is, at his front door. The Mr Kurtz of Fenland, "I love the smell of turnips in the morning" he said, shaking my hand and we retreated inside.

Wak turned up a few minutes later and after a coffee we were on the way to the secret spot where TT advised us, "I've not blanked here this season". Hmmm, when did I last hear that ? Oh yes.....well, the less said about that the better. We parked in a farmyard, somewhere in the middle of nowhere, surrounded by fields and nothingness, the wind racing across the flatlands.
Before I'd even cast out, TT struck into a pike that had nailed his roach deadbait seconds after hitting the bottom. A minute later I had a take on sardine which I managed to miss.It then went quiet for a while. Time for food. Wak rustled up superb bacon and sausage (home made) rolls, in less than an hour (sorry), which were greedily and gratefully consumed. 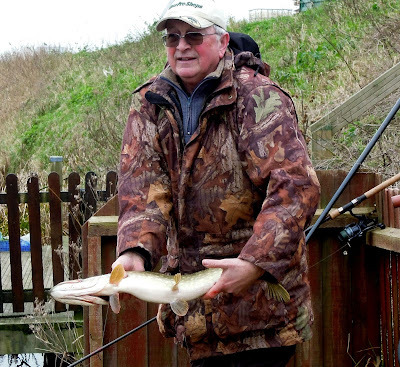 Just before we re started fishing we spotted the legendary "Bastard Barry", a scruffy little mongo of a Jack Russell, always on the look out for a tear up. Today we were lucky, he came up, looked at us with his psycho eyes and wandered off.

Wooly, wooley ? No, it's wooly. My spelling gets worse.
After lunch, Wak had a couple more pike, although, as I was tucked away out of the wind , I heard his muffled cries and whooping, but didn't get to see the fish. After pulling out of a couple of fish, I finally managed to get a couple around 6-7lb, both a dead roach tight in at the margins.

A good day where we all had fish and a good chat. It's a cracking spot. Cheers TT.