The first sunny day for ages and me and Lord Conc headed off to Dunwich in search of dabs. We stopped of at the cafe in Marlesford and had a very tasty, but shockingly overpriced, full English breakfast. Very enjoyable.
We marched across the shingle for ten minutes, set up and for the next six hours pulled in dozens and dozens of dabs, whiting and pouting, including many treble shots. Conc also managed a small bass.
Cracking day in the sunshine and for about two minutes at around midday Conc stopped talking. Shocked by this I turned round and he was drinking a cup of tea.
Normal service was quickly resumed when the white noise continued thoughout the afternoon.
Cracking day out and looking forward to plenty more in the new year. 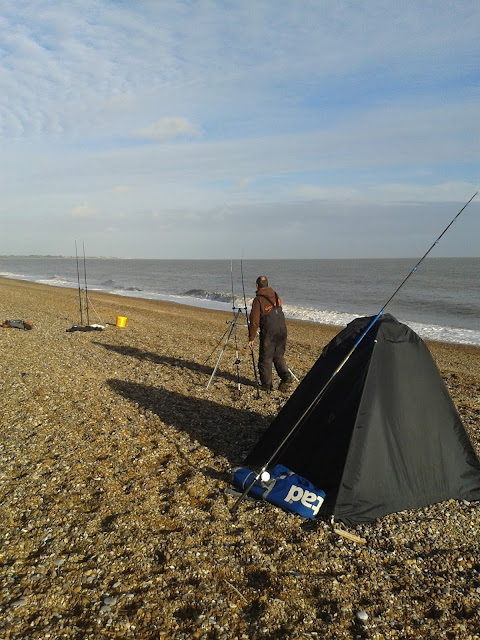 Posted by The Essex Scribbler at 00:42 7 comments:

The winter solstice approaches. Good.
Highlights of a dull week..... Several good off road runs through the mud and across the woods and meadows, learning Slaves "Sockets" on the guitar and in doing so making an unholy ( beautifully distorted, with added feedback ) racket, the misfortune of Man Utd and their massive headed, humourless, pompous manager, receipt of a "home made" Christmas card from TT ( clever b'stard ) and catching Lord Conc of Weeley red handed in the cafe on Harwich pier.Let me tell you more....

Conc text me to say he was "catching whiting on H'Penny pier". I thought I'd pop down and give him a look. I stepped on the pier and out of the corner of my eye, caught sight of a large, bald headed man in the cafe ordering a huge breakfast. Yes, Lord Conc, watching his rods from the comfort the cafe.
One of our mates said " That's not the menu above his head, it's his order ". 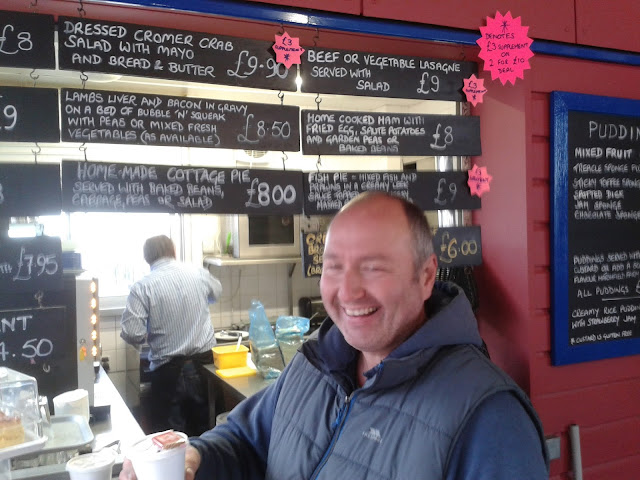 Posted by The Essex Scribbler at 12:35 2 comments:

It's the sound of the bottom of a barrell being scraped in this most pathetic of blog posts. It's fecking December for god's sake. Yes, I'm bloody bored.

Inspired by TT's perhaps accidental photo of his "study", "office" or "man cave" ( call it what you will ), here's a few of my untidy, windowless retreat, where I sit on winter evenings listening to Marc Riley on 6Music, whilst poncing about on the internet, reading, etc and dreaming of the spring. 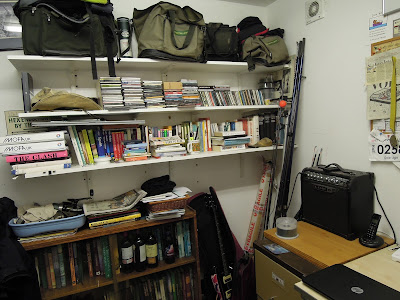 Full of fishing gear, CDs ( twenty odd by His Bobness, a similar amount by Neil Young ) and lots of other gems, books ( though fewer since the November purge ), my boy's PRS electric guitar which I have on permenant loan, bespoke framed pictures, press cuttings, a couple of photos of Cameron Diaz ( don't say why ? It's obvious ), wine, hats ( sixteen and counting ), PC, digital radio, maps, old race numbers, tide table and more fishing gear. In fact, everything I need and want. It's a bloody mess though. 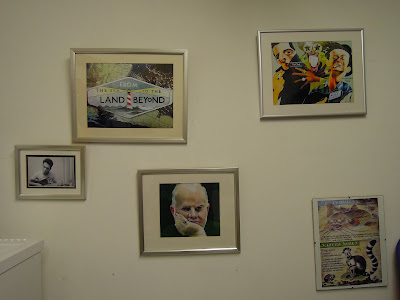 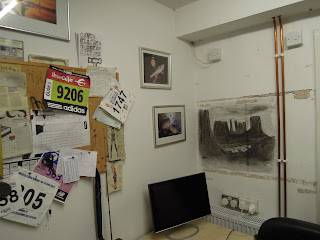 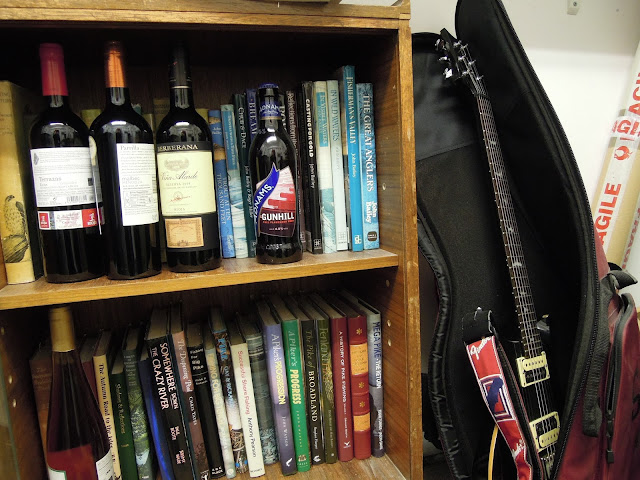 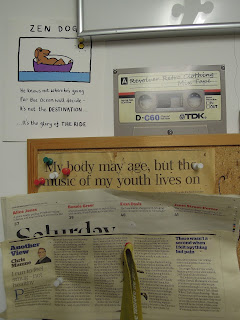 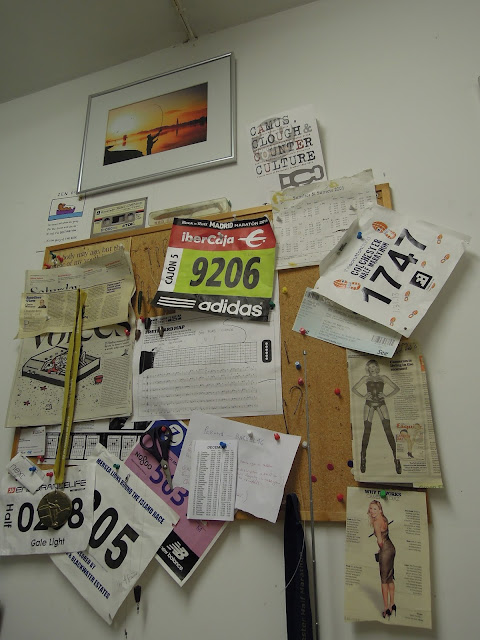 Right, got to get back to watching that paint dry. Toodle pip.
Posted by The Essex Scribbler at 12:21 5 comments:

December, dark at half three. Crap.

What a fantastic day in April with Hungry John. We only fished the flood tide and had eleven big roker to 14lb and fifty six codling between 3 and 5lb.

Wrabness wood, with Mason and Charlie. In March and April, full of wood anemones..It only lasts for three or four weeks, but what an incredible sight. 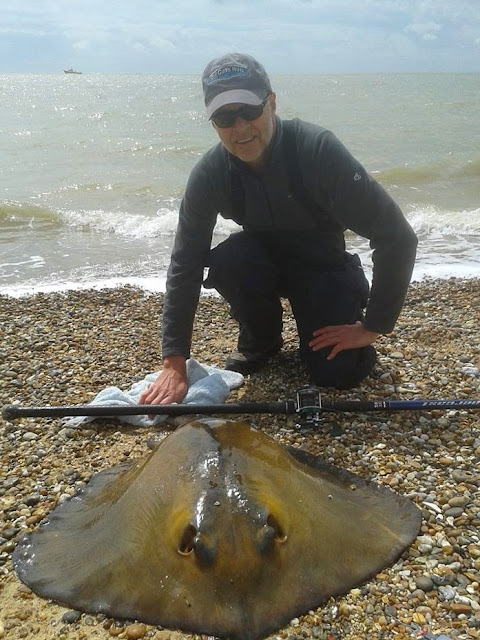 50lb plus sting ray from the local beach in May. I was rather pleased with that. 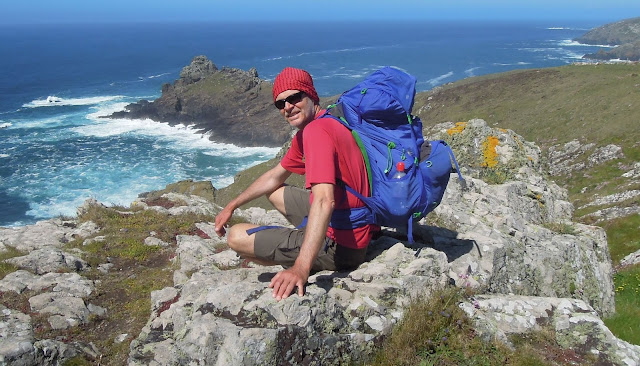 Cornwall for a week in June walking the south west coastal path with Bongo. Fanfeckingtastic.

Dorset, a glorious week in July. On Chesil beach in shorts and T shirt catching mackeral and scad on light spinning gear. A young lad about five or six came along with his dad and caught a trace full of mackeral as a huge shoal passed by, chasing the food fish up on to the beach. Amazing.

September, a week in south west Ireland with the Turdster. Good weather, loads of fish, plenty of laughs, a few drinks. Life doesn't get any better.

Born To Run - Christopher McDougall . An incredible investigation into the Tarahumara tribe in Mexico. Read it.

How To Be Free - Tom Hodgkinson . Not a new one for me, but I've re read it. Half total bullshit, half really interesting. Never boring.

This Boy - Alan Johnson . An auto biography by a politician that barely even mentions politics. A tale of shocking poverty and a refusal to be beaten or become bitter.

Everything Everything - Get To Heaven . I used to really dislike this group. I can't explain why this changed. I don't think I've ever gone from loathing to loving a band. Strange, interesting with some top CHUUUUUUUNES.

Anything by Sleaford Mods. I'll understand it if you hate them.

Posted by The Essex Scribbler at 09:44 2 comments: