After the weather wrecked South Devon marathon, or rather the fact that we bailed out due to the crap weather, I somehow ended up entering the Madrid marathon.

This was a spur of the moment decision and something that happened as a result of aimlessly poncing around on the internet. Anyway, we (me and Lady Bong) arrived in Madrid on Saturday, after a suprisingly painless journey, to our chosen hotel, only to be told they'd double booked and we'd have to move to their "sister" hotel down the street.

After a bit of negotiating, we agreed that we'd spend the first night in the other hotel and move back to our original choice if we wanted to, on the second night. As it was, we stayed put, as the hotel was perfect and right next to the Metro (and we couldn't be arsed).

We went out for a bite to eat and a (non alcoholic) drink on the Saturday. With all the bars I felt a bit cheated, but the drinking could wait.

Our hotel was only about 10 minutes walk from the Marathon start line. After giving Bong instructions on how to use the highly complicated camera phone, a device that only 2 billion of the world's population has managed to master, after taking a single picture she gave up saying "it's done that thing again". Whatever the fuck "that thing" is. And here is the single picture of me in the smegging marathon. Yeah, go green with envy whilst perusing those big guns. 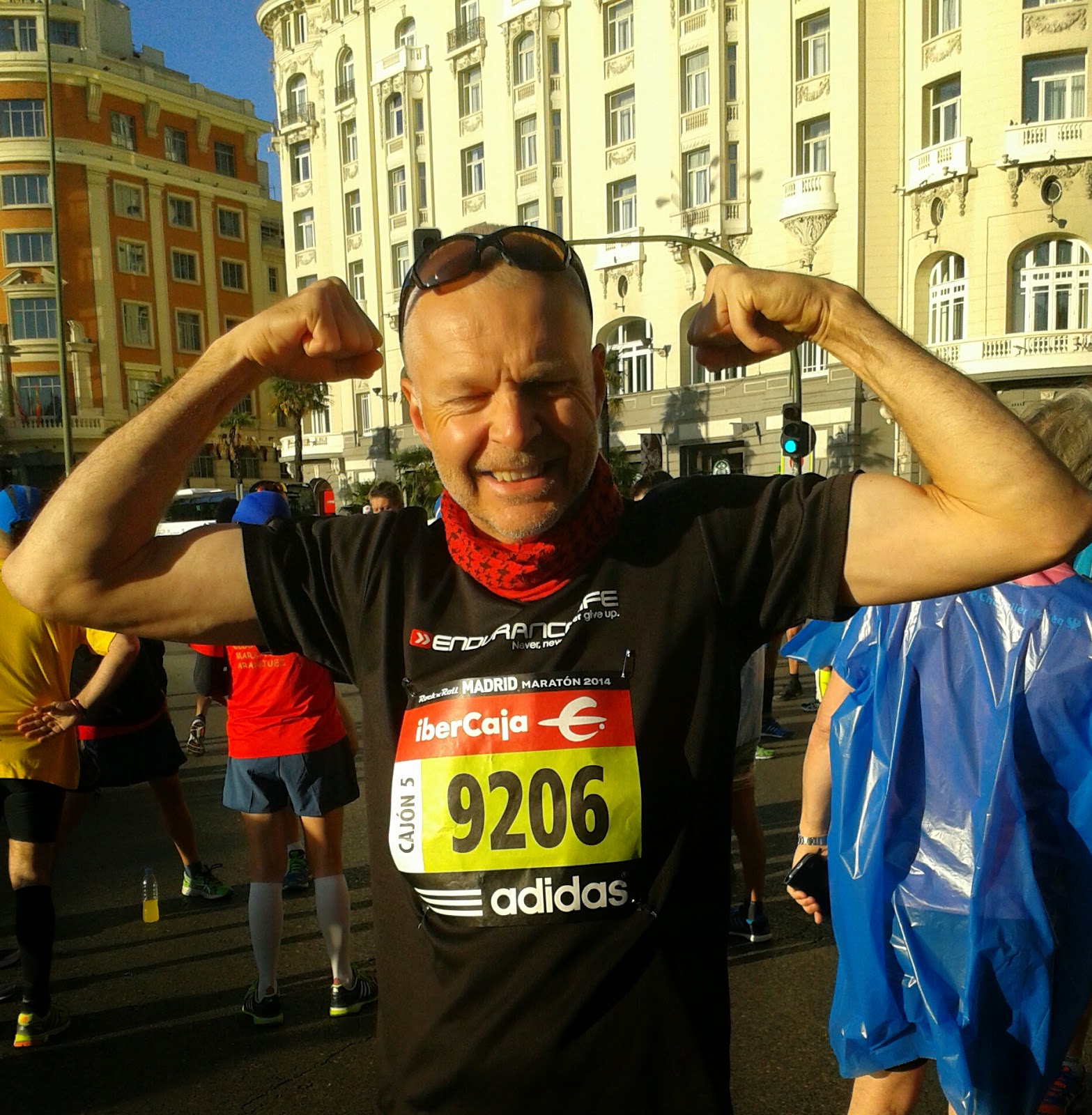 I started off at the back with the "just want to finish" people (I was one of those) and the first five or six miles it was very difficult to make any progress, such was the bunching. There were a total of 29,000 in all, with the 10K, half marathon and full marathon entrants, after all. Things cleared a bit at about seven or eight miles where the half marathon course split and this enabled me to run at a pace of my choosing, rather than that of all those around me.

The crowds along the route were amazing, there were bloody thousands of them. "Vamos, Vamos!" was ringing in my ears all along the course. 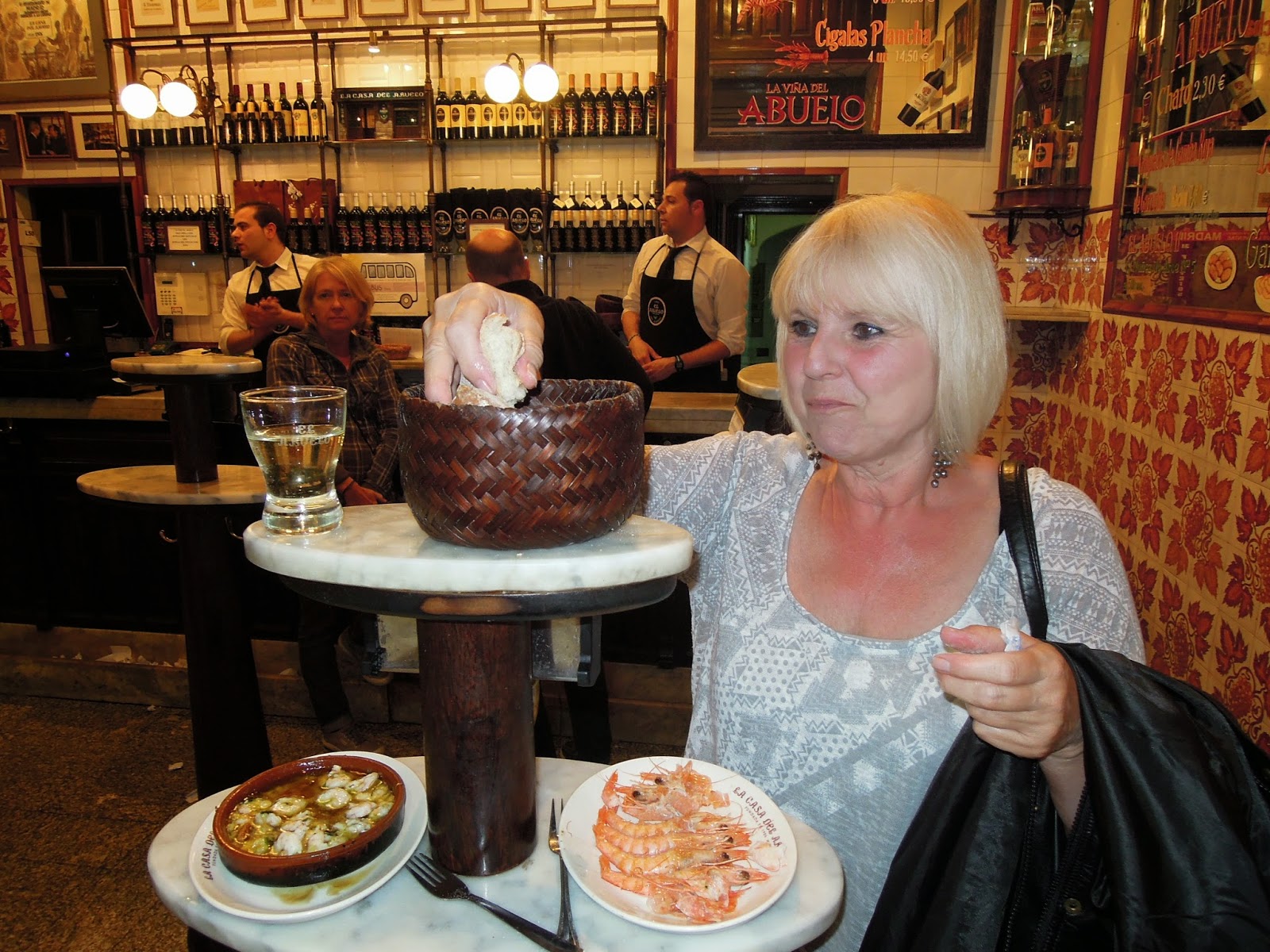 I kept an eye on the distance markers and at about 35 km I thought, "this is a piece of piss", whereupon we started on a slow ascent which lasted for pretty much the rest of the race, which drained my remaining energy very quickly. I can't say I "hit the wall" but I was pleased when we entered the park where the finish line awaited.

I finished in 3.46.04, which I was well pleased with. That night, and the next, we went on a tapas bar crawl, having a bite to eat and a drink before moving on to the next. In the absence of any race pictures, here are some of Madrid's bars. 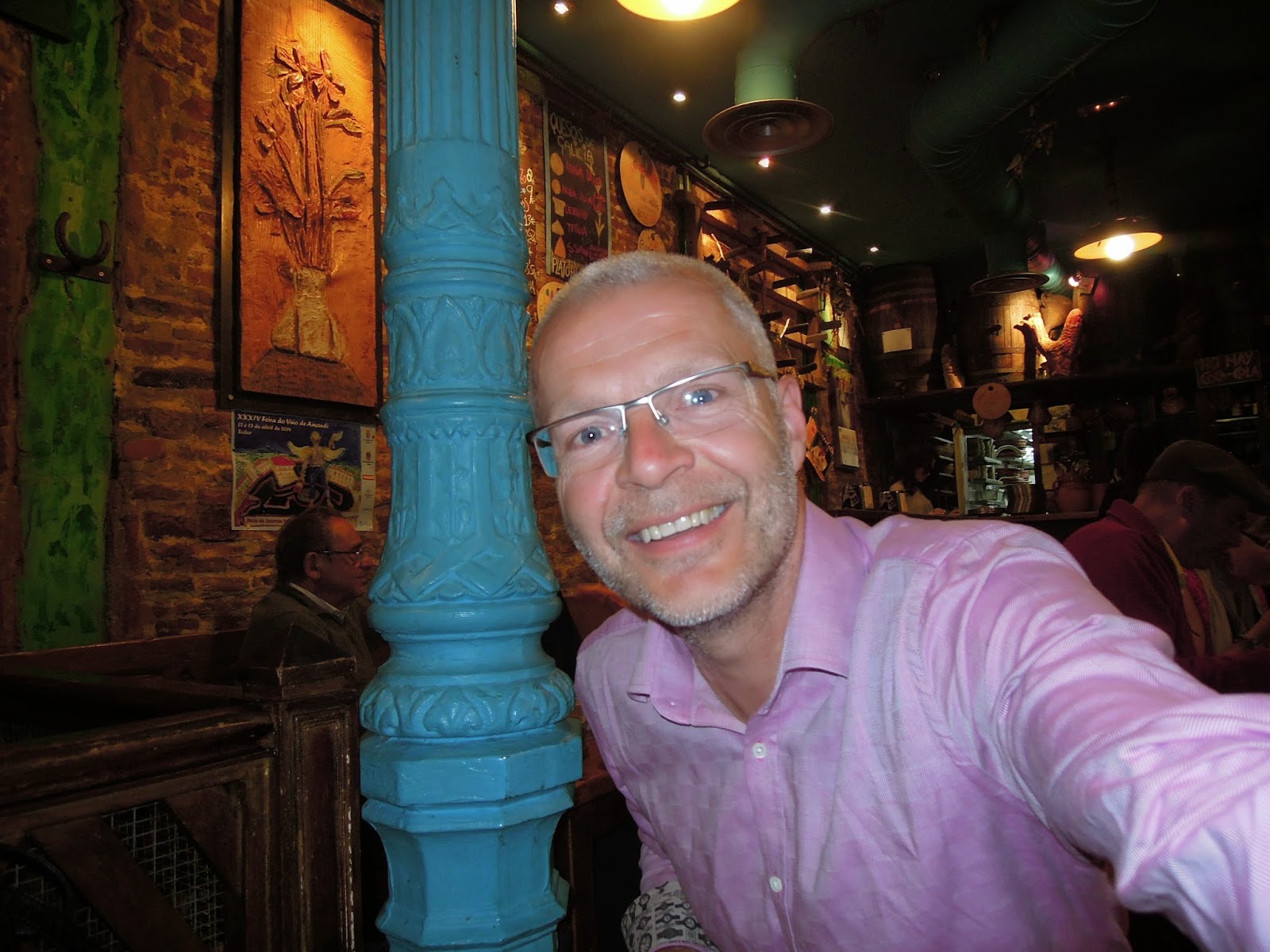 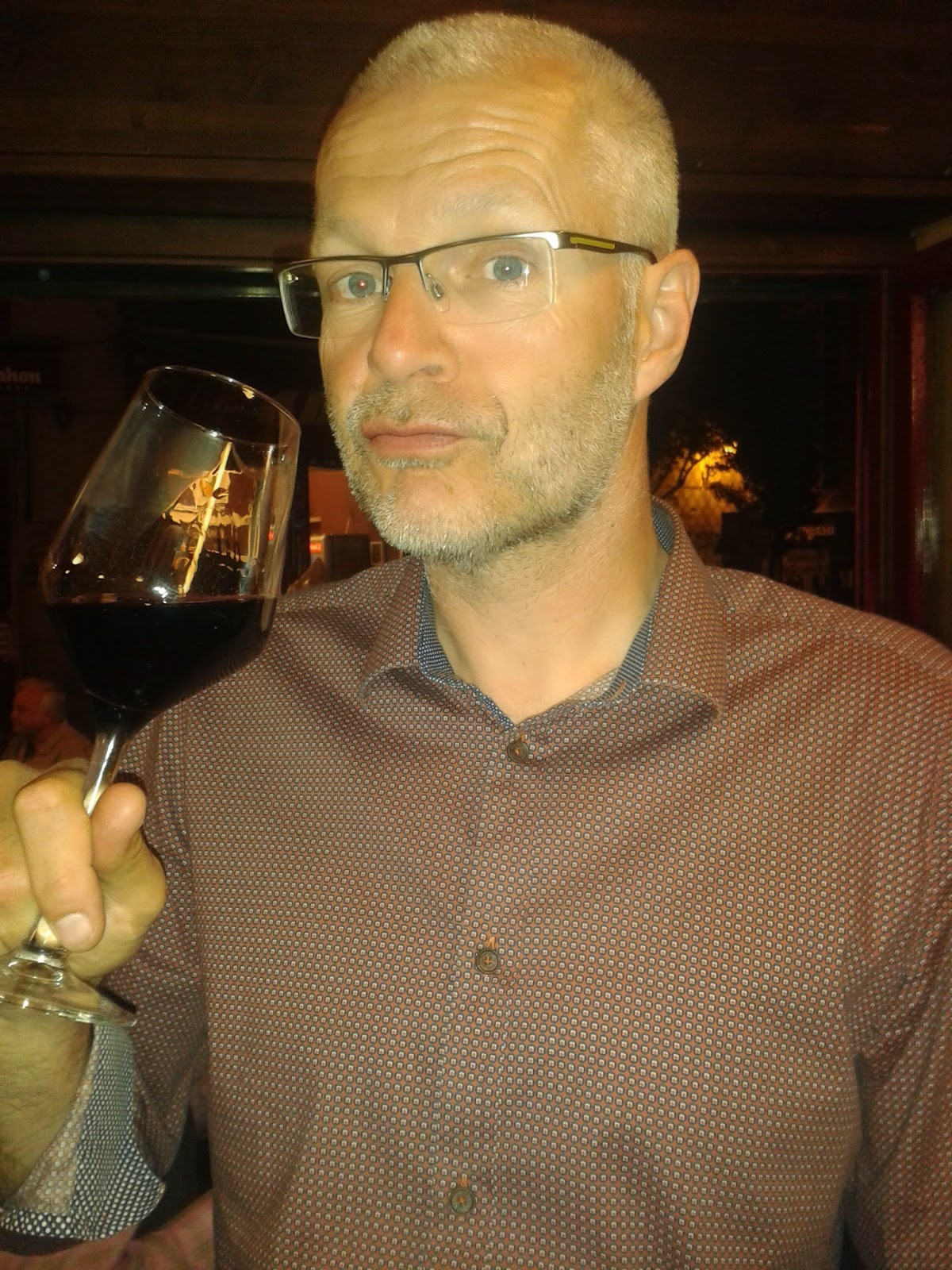 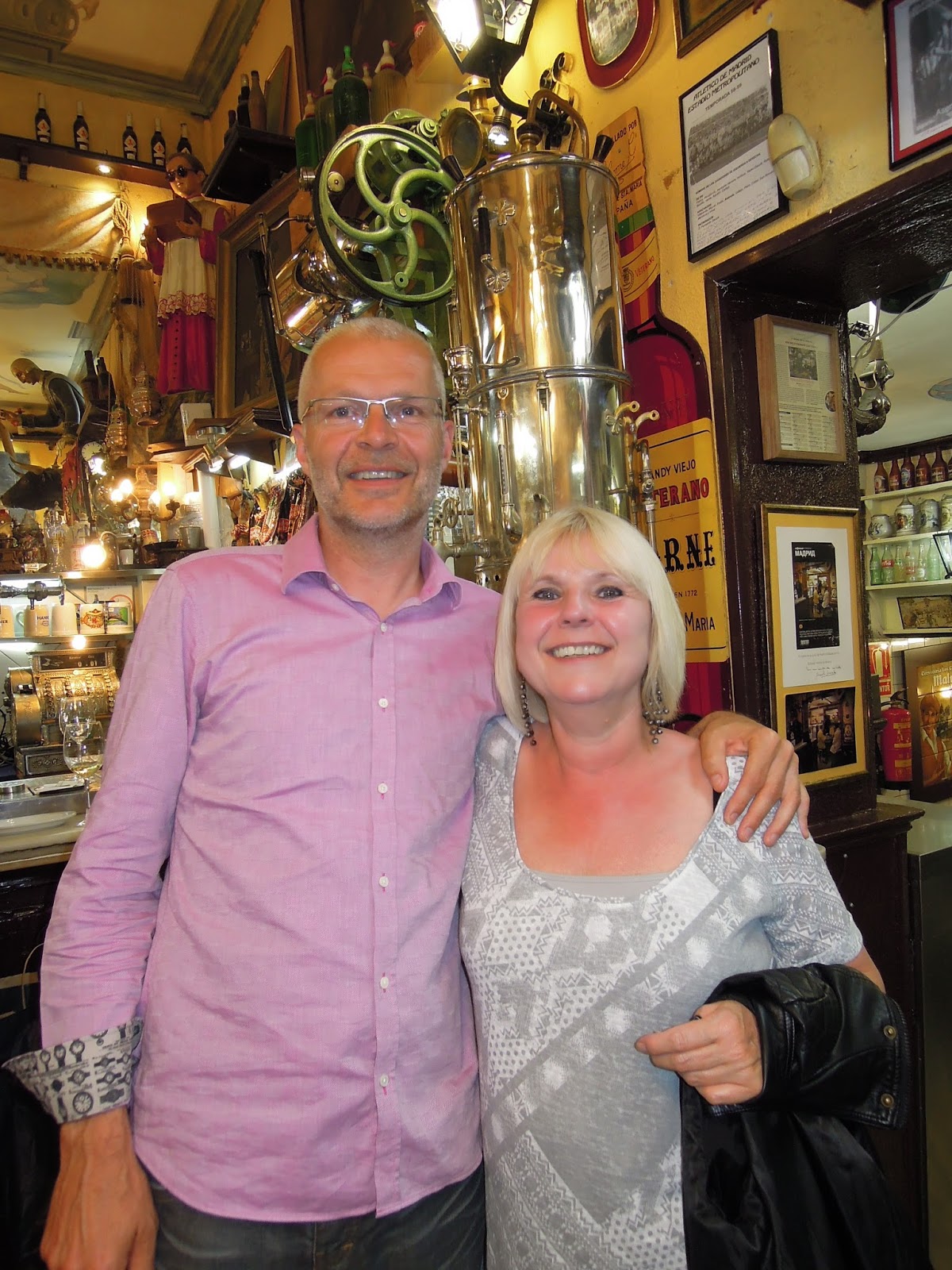 We made up for the "dry" Friday night by greedily tucking into the wine and grilled prawns, anchovys, goats cheese with roasted peppers, olives and anything else we fancied on both nights. And there ended a great weekend.
Posted by The Essex Scribbler at 13:42 No comments: